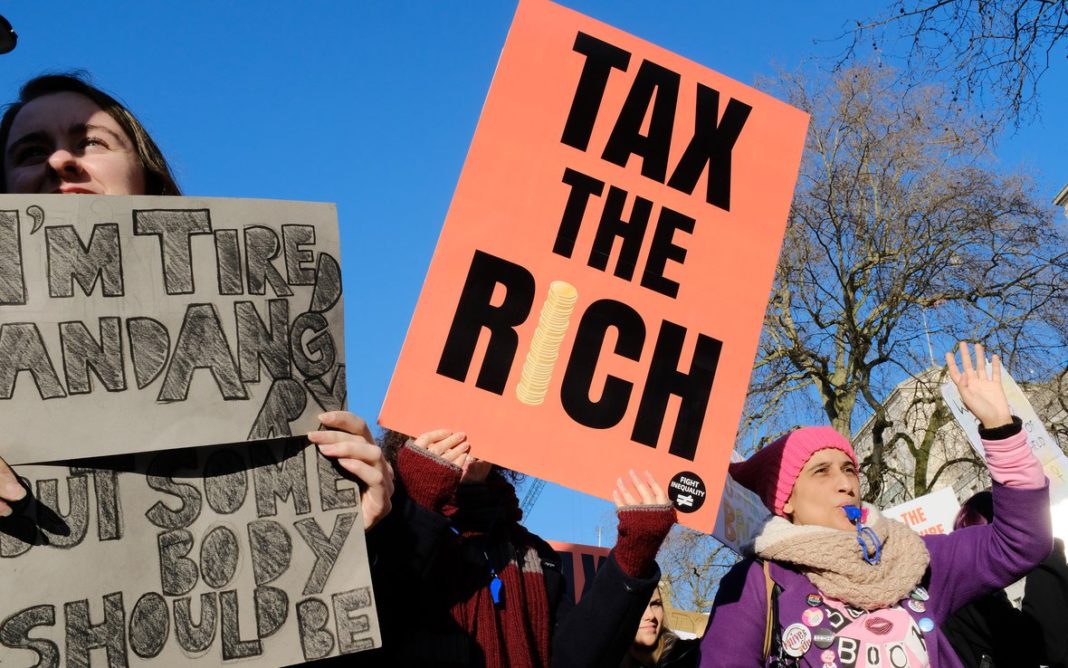 An Oxfam brief released Monday showed that for every new billionaire minted during the Covid-19 pandemic — one every 30 hours — over a million people might be driven into extreme poverty in 2022 at approximately the same pace.

“Profiting from Pain” is released in time for the annual World Economic Forum — the world’s most exclusive gathering of the global elite in Davos as business leaders meet for the first time in person since COVID-19, a period in which billionaires’ wealth has soared.

According to Oxfam, billionaires in the food and energy sectors are boosting their fortunes by $1 billion every two days even as the cost of key items grows faster than it has in decades.

“Billionaires are arriving in Davos to celebrate an incredible surge in their fortunes. The pandemic and now the steep increases in food and energy prices have simply put, been a bonanza for them. Meanwhile, decades of progress on extreme poverty are now in reverse and millions of people are facing impossible rises in the cost of simply staying alive,” Gabriela Bucher, Executive Director of Oxfam International said in a media statement.

The brief also shows that 573 people became new billionaires during the pandemic, at the rate of one every 30 hours. The international confederation of charity organizations also expects that 263 million more people will crash into extreme poverty this year, at a rate of a million people every 33 hours.

“Billionaires’ fortunes have not increased because they are now smarter or working harder. Workers are working harder, for less pay, and in worse conditions. The super-rich have rigged the system with impunity for decades and they are now reaping the benefits. They have seized a shocking amount of the world’s wealth as a result of privatization and monopolies, gutting regulation and workers’ rights while stashing their cash in tax havens — all with the complicity of governments,” said Bucher.

Meanwhile, Bucher said millions from poor nations are skipping meals, turning off the heating, falling behind on bills, and wondering what they can possibly do next to survive. Across East Africa, she said one person is likely dying every minute from hunger.

Oxfam’s new research also reveals that corporations in the energy, food, and pharmaceutical sectors — where monopolies are especially common — are posting record-high profits, even as wages have barely budged and workers struggle with decades-high prices amid COVID-19.

The fortunes of food and energy billionaires have also risen by $453 billion in the last two years, equivalent to $1 billion every two days. Five of the largest energy companies (BP, Shell, TotalEnergies, Exxon, and Chevron) are together making $2,600 profit every second, and there are now 62 new food billionaires.

From Sri Lanka to Sudan, record-high global food prices are sparking social and political upheaval. 60 percent of low-income countries are on the brink of debt distress.

While inflation is rising everywhere, price hikes are particularly devastating for low-wage workers whose health and livelihoods were already most vulnerable to COVID-19, particularly women, racialized, and marginalized people. People in poorer countries spend more than twice as much of their income on food than those in rich countries.

The pandemic has also created 40 new pharma billionaires. Pharmaceutical corporations like Moderna and Pfizer are making $1,000 profit every second just from their monopoly control of the COVID-19 vaccine, despite its development having been supported by billions of dollars in public investments.

Oxfam also highlighted that these pharmaceutical firms are charging governments up to 24 times more than the potential cost of generic production. 87 percent of people in low-income countries have still not been fully vaccinated.

“The extremely rich and powerful are profiting from pain and suffering. This is unconscionable. Some have grown rich by denying billions of people access to vaccines, others by exploiting rising food and energy prices. They are paying out massive bonuses and dividends while paying as little tax as possible. This rising wealth and rising poverty are two sides of the same coin, proof that our economic system is functioning exactly how the rich and powerful designed it to do,” said Bucher.

As an example, Argentina adopted a one-off special levy dubbed the ‘millionaire’s tax’ and is now considering introducing a windfall tax on energy profits as well as a tax on undeclared assets held overseas to repay IMF debt. The super-rich has stashed nearly $8 trillion in tax havens.

Another recommendation to governments is to end crisis profiteering by introducing a temporary excess profit tax of 90 percent to capture the windfall profits of big corporations across all industries.

Oxfam estimated that such a tax on just 32 super-profitable multinational companies could have generated $104 billion in revenue in 2020.

They also pressed for the introduction of permanent wealth taxes to rein in extreme wealth and monopoly power, as well as the outsized carbon emissions of the super-rich.

An annual wealth tax on millionaires starting at just 2 percent, and 5 percent on billionaires, could generate $2.52 trillion a year —enough to lift 2.3 billion people out of poverty, make enough vaccines for the world, and deliver universal healthcare and social protection for everyone living in low- and lower-middle-income countries.