The Lifecycle from Innovation to Investing with Ahmed Hassan Jamil 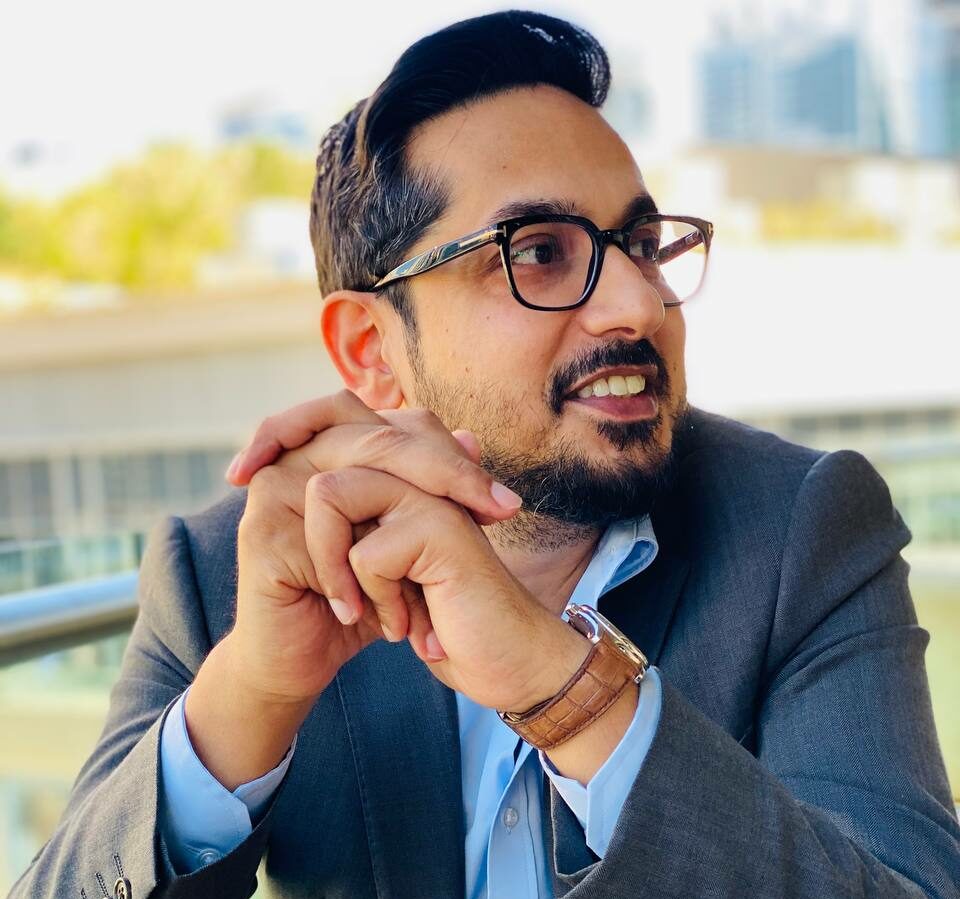 ost companies created today are improved variations of an existing idea or platform. What’s extremely difficult to do is reinvent the wheel, create something that’s unheard of, and become successful. A lot of these ideas end up being built but not attracting any users, thus fading into the abyss. Another reason why it might not catch fire is the lack of marketing and demand generation efforts involved that can propel the product into its relevant social sphere.

Ahmed Hassan Bin Jamil is a tech entrepreneur that took on one of the most ambitious challenges of his lifetime. He walks us through the most important things he’s learned in the 13 years of creating a technology product that was once ignored by a lot of retailers and businesses until Walmart picked it up. He also discusses the rationale behind his recent pivot to angel investing, whilst still running his first company, Tagit RFID.

Interviewer: How did you get into entrepreneurship?

It was a cold winter evening, I walked into a used bookstore carrying some old books that I sold for quick cash. Just as I was about to leave I saw the book, ‘Losing my Virginity,” by Richard Branson. Curiosity killed the cat, I picked it up to read a few pages and ended up buying it. That was a turning point when I saw how an ordinary boy, took on challenges, wooed the media to cover him, and went up against big corporations— it sounded just like a roller coaster I wanted to ride and it fueled the fire in me to do business.

During my Master’s degree, I came across a company that was about to file for bankruptcy. I jumped on it, took over as an equity partner, turned it around, and ran it. Since then I have never looked back, have never been employed, and have always been on the entrepreneurship path, first as an entrepreneur, then as a mentor, and now as an angel Investor.

Interviewer: Can you describe a time when you were met with a challenge or failure, but it ended up translating into something positive?

Ahmed: There are two parts to this. The business had its challenges when we started in the first year, such as we did $0 in revenue because there were no takers for RFID. The tags were expensive and the technology was expensive. It was pretty challenging to build momentum and get people to adopt the technology and make noise. Globally, if you look at RFID, it only started becoming mainstream once Walmart started pushing it.

Until Walmart pushed it into pallet-level tagging, RFID was not of interest to anybody. I think for me, the biggest challenge came around COVID. Most businesses went under during the lockdown. We were lucky because we were one of the few technologies ahead of its time. After a few tough months, we were able to bounce back. Keep in mind that we’re also operating out of the part of the world where there are no subsidies and no bailouts,. For us, to survive was only on our own revenue.

The pandemic became this realization for me that for the past decade I’ve been putting myself into one business. I understood now, that I should have had a diversified portfolio and helped other startups succeed. That’s why I started looking at other businesses, started actively mentoring, and became an angel investor. Currently, I’m looking at investing in multiple businesses because I want to overcome the challenge of being susceptible to a situation where the market dictates your own income being wiped off.

Interviewer: What challenges have you encountered with B2B sales and what advice would you give entrepreneurs that are in this industry?

Ahmed: In RFID, we deal with two distinct types of customers. We are very strong in the jewelry industry and the jewelry industry is one of those industries which is still run between families. Most jewelry chains globally are family-owned businesses with three, four, or five big shops, and they work very closely. You only need to develop a good relationship and trust with the owner of those companies and you got the sale. When it comes to structured companies and doing B2B sales, our biggest challenge at one time was primarily two things. One is identifying the right stakeholders. The second was to prove how or why we can do it.

If you’re coming up as a young company, you have to be careful of identifying the right stakeholders, which are many in large companies. You should always understand that there’s a budget, and you should understand their buying process.

They never go for a single vendor, they’ll go for multiple. They’ll go through their credit and do their shopping. If you are able to identify the buying pattern, the buying process, the stakeholders, and you’re able to align your offerings with that and then be ready to prove yourself on the go, then you’ll do well. We never sold more than we could deliver and we never boasted more than we could offer. That’s why we took a little longer to grow. But once we had the customers on board, they never left us.

For example, at one point our only competitor was IBM for one client. I told the client, IBM was going to send all their people with the documentation in the following weeks. But I could personally meet him in the next two days, show him the solution working and see if he likes it or not. The client ended up coming into the office, seeing the product, and signing up with us. When you’re up against big players, sometimes your biggest competitive edge is agility. How fast can you move to deliver what they want?

Interviewer: At what point do you think a company is ready for scale?

Ahmed: Scaling a company requires a completely different mindset. The difficult reality is that you have to let go of some of the processes and people that were involved in the start. For certain roles like marketing and sales, sometimes they’re unable to scale at the rate you want. For example, they might be operating in a $10 million range and may have a difficult time keeping pace if you want to grow 10x to $100 million.

You almost need to completely restructure the company from the ground up. Sometimes the founders also have to take a back seat. My partner and I stepped back and hired department managers. They would question us on the numbers and the data. We began to understand that weekly sales reviews are important, CRM is so important, having an active pipeline is so important, and putting a structure for people to grow is so important.

Interviewer: Are there particular skill sets that entrepreneurs need to have in order to effectively scale up? What happens if they lack these skills?

Ahmed: The biggest thing I tell any young entrepreneur starting out is that I’ve been struggling and doing this for about 18 years now. I think if there’s one thing that I can extract out of all the 18 years is that the most important part of your business system is marketing. How good can your business make noise on multiple channels, like, LinkedIn, blogs, and social media? The reality is that customers will not buy something because it is very well built. They will buy what they’ve heard more, what their friends have spoken about.

I’ve had prospects whom I showed the superior quality of the product, but they either didn’t want to pay this price for it, or they went with another vendor because they’d seen their ads on social media. That’s what founders don’t have. I was so stuck on developing the new product that I was unable to advertise the fact I already had ten products developed.

Interviewer: What is your personal definition of success?

Ahmed: I think there are two parts to it. One is I take a lot of pride when I come across somebody in the market and I see that they’re using my products. We work a lot with the luxury industry in the Middle East. Two weeks ago, I was flying to Qatar and I ended up in a shop trying to buy some perfume, it was a designer brand from France. Suddenly I turned the item over and it had an RFID tag from my company. I felt very proud. I think that that is the definition of success for me. I’ve built something that can be out there and is being used by people.

Building a product that nobody’s heard of or finds useful is probably one of the most difficult entrepreneurial endeavors. Although a great risk, the upside is monumental too. Becoming the “first” in any industry garners a much greater and more reliable reputation. With any kind of innovation, the cycle is never-ending. In order to stay relevant and above competitors entering the market, companies like Hassan’s Tagit RFID needs to keep busy innovating and coming up with ways to cast a wider net to reach more customers, and iterating the product so that it’s the premium on the market. Today, Tagit RFID spans over 16 countries and serves many billion-dollar companies.