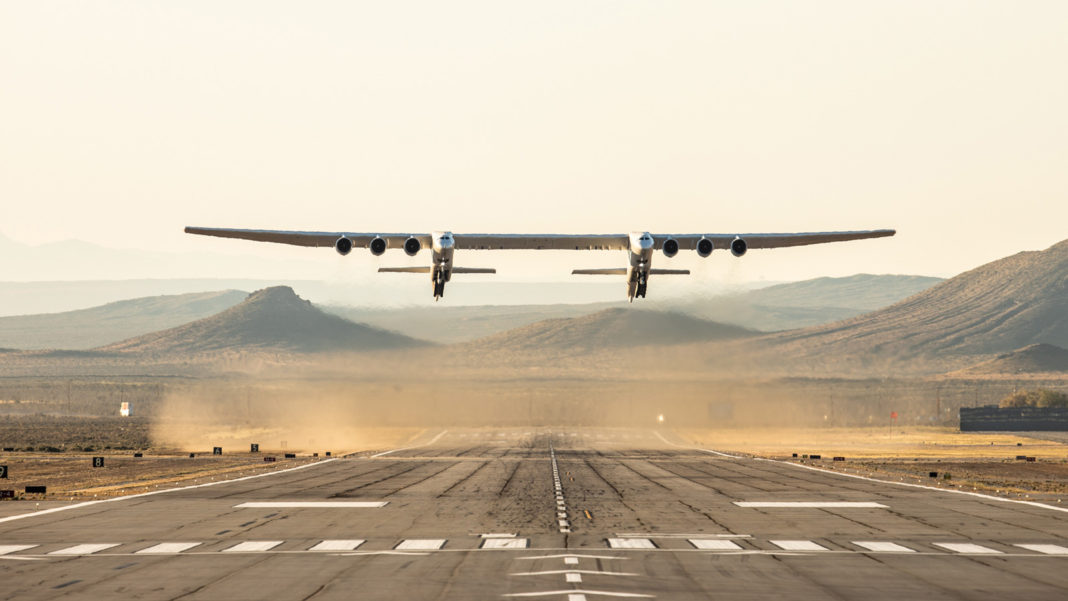 The world’s largest aircraft successfully completed its fifth flight test as it comes closer to fulfilling its role of carrying and releasing hypersonic vehicles.

The mammoth  Roc aircraft constructed by private aerospace firm Stratolaunch flew for 4 hours and 58 minutes over the Mojave Desert and reached an altitude of 22,500 feet (6858 meters).

In a statement, Stratolaunch said the fifth flight debuted a new pylon on the aircraft’s center wing that will be used to carry and release Talon-A hypersonic vehicles.

The hardware is comprised of a mini-wing and adapter that is constructed with aluminum and carbon fiber skins. It weighs approximately 8,000 pounds and occupies 14 feet of Roc’s 95-foot center wingspan, allowing for adequate space between the aircraft’s dual fuselages for safe vehicle release and launch.

The state-of-the-art structure also features a winch system that will load Talon onto the platform from the ground, expediting launch preparation and reducing the need for ground support.

Initial results from Wednesday’s test objectives include validation of the aircraft’s general performance and handling characteristics, with the addition of the recently installed pylon hardware
The test was also conducted to continue validating landing gear operations including door functionality, and alternate gear extension

“The pylon is a crucial component of our combined launch system, and I am proud of the team’s timely and quality integration work that occurred since our last test flight. It is through their dedication that we continue to make steady progress toward achieving our next milestones of Talon-A flight tests later this year,” Krevor said in a media release.

In addition to testing the carrier aircraft, the team continues to make progress on system integration and functional testing of two Talon-A test vehicles, TA-0 and TA-1.

Following a change in ownership and purpose, the six-engine jet with the world’s largest wingspan took off from Mojave Air and Space Port three years after its inaugural flight.

The twin-fuselage aircraft, dubbed Roc, has a total wingspan of 385 feet. It was created by Microsoft co-founder Paul G. Allen, who passed away just months before the inaugural flight in April 2019.

The Pentagon stated in December of last year that it had reached an agreement with Stratolaunch to test new hypersonic aircraft technologies. That transaction was a big component of Stratolaunch’s turnaround after it was apparently on the verge of bankruptcy until a change in ownership in 2019.