A Malaysian court on Tuesday (July 28) found the 67-year-old former prime minister guilty for one count of abuse of power, three counts of criminal breach of trust, and three counts of money laundering.

In the first trial out of the 42 corruption charges lodged against the former Malaysian leader, Kuala Lumpur High Court Judge Mohamad Nazlan Ghazali found Najib guilty of all seven charges penalizing him with an RM210 million ($49.3 million) fine.

However, the court found the unseated premier liable for misappropriating RM 42 million ($ 9.88 million) from SRC International, a subsidiary of 1MDB, and siphoning the monies into his personal bank accounts.

Judge Nazlan found it unethical that Najib, who is also finance minister at the time, approved loans of which he later benefitted by being the source of the funds transferred to his personal account.

“After considering all evidence in this trial, I find that the prosecution has successfully proven its case beyond a reasonable doubt,” the judge said.

The former prime minister was unseated in the 2018 election after drawing public outrage due to the 1MDB scandal leaving his ruling Umno party out of power after 61 years.

What is the 1MDB scandal?

The 1MDB or the sovereign wealth fund is a government-owned investment fund initiated in 2009 by Najib to spur economic development in Malaysia.

The scandal broke out in 2015 after the state fund missed payments to banks and bondholders while also accumulating billions of dollars in debts.

According to the United States Department of Justice, around  $4.5 billion was laundered by Najib’s associates led by the alleged mastermind Low Taek Jho or Jho Low.

The Malaysian financier Jho Low was also accused of extravagantly spending the money, in buying classical artwork, real estate properties, a $250 million yacht, and in funding the Martin Scorsese film “The Wolf of Wall Street.”

American investment bank Goldman Sachs was also dragged into the controversy after two of its former bankers allegedly misled investors when it helped raise $6.5 billion for 1MDB.

However, a $3.2 billion settlement was reached last week between the Malaysian government and Goldman Sachs in exchange for dropping criminal charges against the bank’s current executives except for two former employees involved in the graft case.

The bank agreed to pay the Malaysian government $2.5 billion cash and $1.4 billion in proceeds from assets seized by governmental authorities around the world.

Aside from Najib, his wife Rosmah Mansour and other political allies were also charged with graft cases concerning the missing state funds.

Shortly after the sentencing last Tuesday, Najib asserted his innocence and claimed he was only misled by bankers including the fugitive Jho Low.

Keeping himself in a positive mood, the former prime minister expressed dissatisfaction with the trial ruling as he believes they still have a strong case once they elevate the case to the Court of Appeal where there will be three judges to look into the court ruling.

“This is definitely not the end of the world, because there’s a process of appeal, and we hope we would be successful then,” Najib said.

During the trial, Najib’s defense team led by Muhammad Shafee Abdullah argued that the ousted Prime Minister was not part of the plot to defraud the government pointing the blame to the leader’s former ally Low.

Najib also said Shafee will remain as his lead defense counsel  adding “he is very determined to get the outcome we want.”

While the former minister’s camp prepares an appeal, the lead counsel applied for a stay of execution pending appeal.

The judge granted the stay of execution but asked Najib to pay RM2 million (around $470,000) bail by Wednesday, July 29th, while changing his status as ‘convict’ and presenting himself to the nearest police station twice a month. 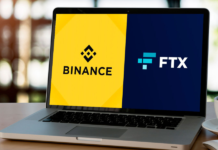 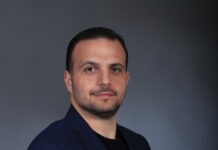 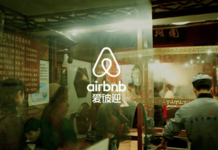