Germany’s Economic Recovery May Be Faster Than Projected 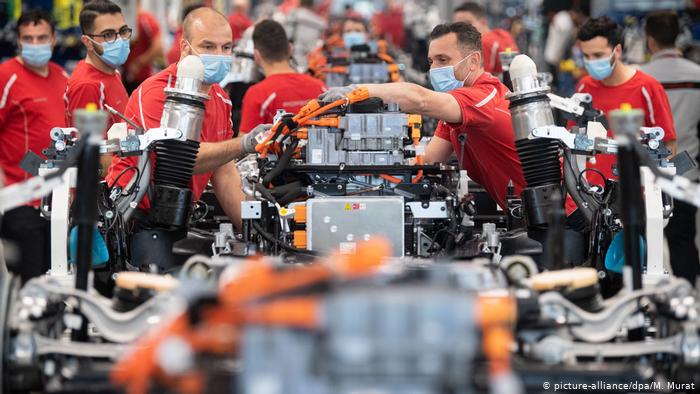 Financial and economic analysts are predicting that Germany’s economic recovery may be fast that earlier projected. However, analysts argue that the banking and insurance industries will be the main drawback in the country’s quick recovery. The two sectors are expected drag down economic growth as they deal with the impact of the COVID-19 pandemic. This is according to a report by research institute Zew.

The country’s Zew Indicator of Economic Sentiment improved by 12.2 points to 71.5 points in August compared to July. There have been hopes for a speedy economic recovery in the EU after members reached a deal to unlock a massive stimulus package.

“According to the assessments of the individual sectors, experts expect to see a general recovery, especially in the domestic sectors. However, the still very poor earnings expectations for the banking sector and insurers regarding the coming six months give cause for concern,” ZEW President Professor Achim Wambach said.

Europe’s economic recovery is not assured

According to economic indicators published last week, Europe’s economic picked up in July with a sharp rebound in activity both on the continent, the Eurozone and the U.K. According to the data, the U.k and the Eurozone reported the highest rate of growth for over two years.

However, full and steady recovery may not be in sight yet. Figures published in June showed a continued drop in output despite the government easing restrictions to movements. There has been growing consumer demand which has led to rise in retail sales in the U.K.

Rate of recovery will depend on countries response plans

Current data support the idea that countries that get their response to the pandemic right are likely to experience quick recovery. Europe’s figures are better than those of the U.S where economic recovery seems to have stalled after the country was hit by a second wave of infections. As opposed to the U.S which had divided public opinion on lockdowns, Europe Imposed strict lockdown measures which were not relaxed until much later. This managed to contain the virus and allow more normal business and economic activities to resume.  On the other hand, the U.S was quick to ease its lockdowns, sometimes against the advice of health experts. This has since thrown the country into a second wave phase and derailed economic recovery efforts.

Previous articleApple CEO Tim Cook Joins the Billionaires Club
Next articleTesla Sales in Germany Drop Due to EVs From Renault, VW and Hyundai