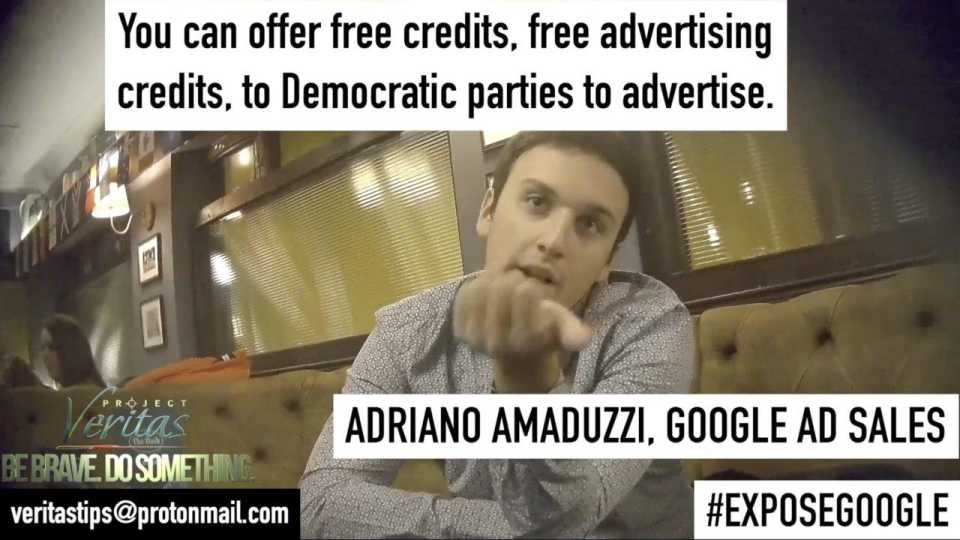 Undercover journalists working for Project Veritas released a couple of videos where Google insiders say that social platforms (like YouTube, Google and Facebook) are influencing their users in ways they didn’t sign up for.

One of the undercover recordings depicts one of the top leaders in the company’s Cloud division admitting that Google is regularly manipulating its users’ political views.

The head of Google Cloud global competitive analysis Ashwin Agrawal says that once the AI-powered learning algorithms have determined your political values, it will serve you with custom information to make sure you stay locked “on target” so to speak, i.e. you will only receive one side of the “truth”.

“All of the social media and the online platforms know your political leanings. Now, the more you see a Biden ad, the more, you know, passionate or the more sort of leaning you’re going to come for Biden. If you’re a Democrat and you see more and more Democrat, you’re not given an opportunity to change your mind.

“I think, the thing that I feel worse about is that people don’t know that it’s happening to them. That for me is the thing that I feel, like, truly for me, sad about. I think it doesn’t matter whether someone in Facebook or Google is sitting and thinking about this. The truth is, a deep platform is influencing you in a way that you didn’t sign up for.”

Mr. Agrawal also said that there’s a zero tolerance policy in Google for Trump supporters, i.e. if you’re right leaning, you’re going to have to leave, one way or another.

“If I say that tomorrow, that I’m a Trump supporter, I’d probably lose my job, because you know, it’s the peer pressure, it’s the social pressure.”

Here’s another video from Project Veritas depicting the way Google censors and suppresses information; he also says that the vas majority of Google employees are extremely left-leaning. It’s interesting that yesterday the Justice Department had opened an investigation of Google for anti-trust 12 days before the election.

The US Department of Justice on Tuesday filed a landmark lawsuit against Google that accuses the tech giant of illegally holding monopolies in search and search advertising, the culmination of a more than yearlong investigation into alleged anticompetitive practices at the company.