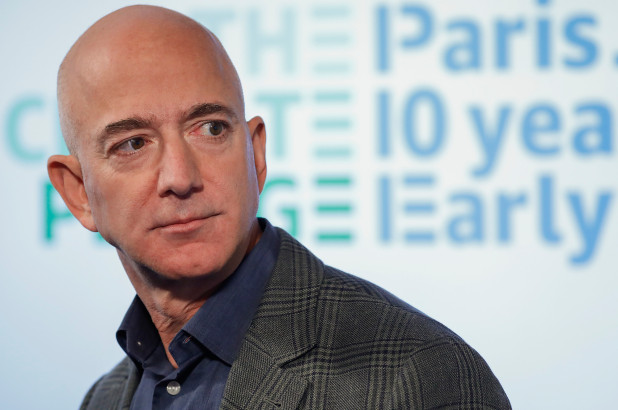 Jeff Bezos is the founder and CEO of Amazon, one of the world’s largest companies, if not the largest, and today we learned that he became world’s first person with a fortune worth $200 billion, give or take.

In case you’re not familiar with math, $200 billion dollars is a 2 with 11 zeroes behind it, and that sum of money is the equivalent of a medium EU country’s annual GDP. As per a  New York Post report, Jeff Bezos’ fortune hit $200 billion on August 26th.

Even if small and medium companies are struggling to survive due to the Covid-19 crisis, Amazon thrived in this environment, as customers’ demand for online shopping surged.  Amazon’s shares skyrocketed in 2020, to over $3,404 per share for the first time in history on August 26th. Currently, an Amazon share is worth $3,441.85, and, as per a Forbes report, Jeff Bezos has today a fortune of $204,6 billion.

That makes Amazon’s CEO the richest people in the world, and arguably the richest (and maybe the most powerful) man in history. The second richest person is Microsoft’s founder Bill Gates, who sits pretty at $116,1 billion. According to Forbes, Jeff Bezos’ fortune is the largest ever amassed, even adjusted to inflation.

Since the beginning of 2020, Amazon’s stock is up 80 percent, though the vast majority of US companies are facing chaos and uncertainty. In just nine months, Bezos raked in 90 billion dollars in wealth.