Federal Reserve Chairman Jerome Powell said that they are willing to run higher inflation to support the pandemic hit labor market and the broader economy, announced in a major policy shift Thursday.

The new policy will allow the economy to run moderately higher inflation than the benchmark 2%, according to the reports.

The policy was taken from a blueprint adopted in 2012. The blueprint is known as “Statement on Longer-Run Goals and Monetary Policy Strategy.”

It addressed the general economy and the interest rate approach of the fed.

More Retail Stories: Walmart Sales Dropped As the Stimulus Checks are Running Out

The new policy shift will allow a balance between the interest rate and inflation when unemployment rates fall. Historically, fed had a traditional belief that lower unemployment leads to a higher level of inflation.

However, the policy shift might change the traditional faith. Chairman Powell signaled a shift for his team from the old thinking in a virtual meeting at the Fed’s annual Jackson Hole, Wyoming, symposium. 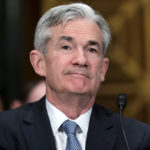 “Many find it counterintuitive that the Fed would want to push up inflation. However, inflation that is persistently too low can pose serious risks to the economy.” – Powell

Markets moved higher after the announcement

Powell also compared the current situation with the 1980s in his address. He thinks interest rates are considerably lower in recent years and will stay like that for some time in the future.

Although there were no specific inflation rate announcements experts believe that fed might target a rate range around 2.25%-2.5%.

Read More: Exxon Mobil is Out of the S&P Dow Jones Indices after 92 Years