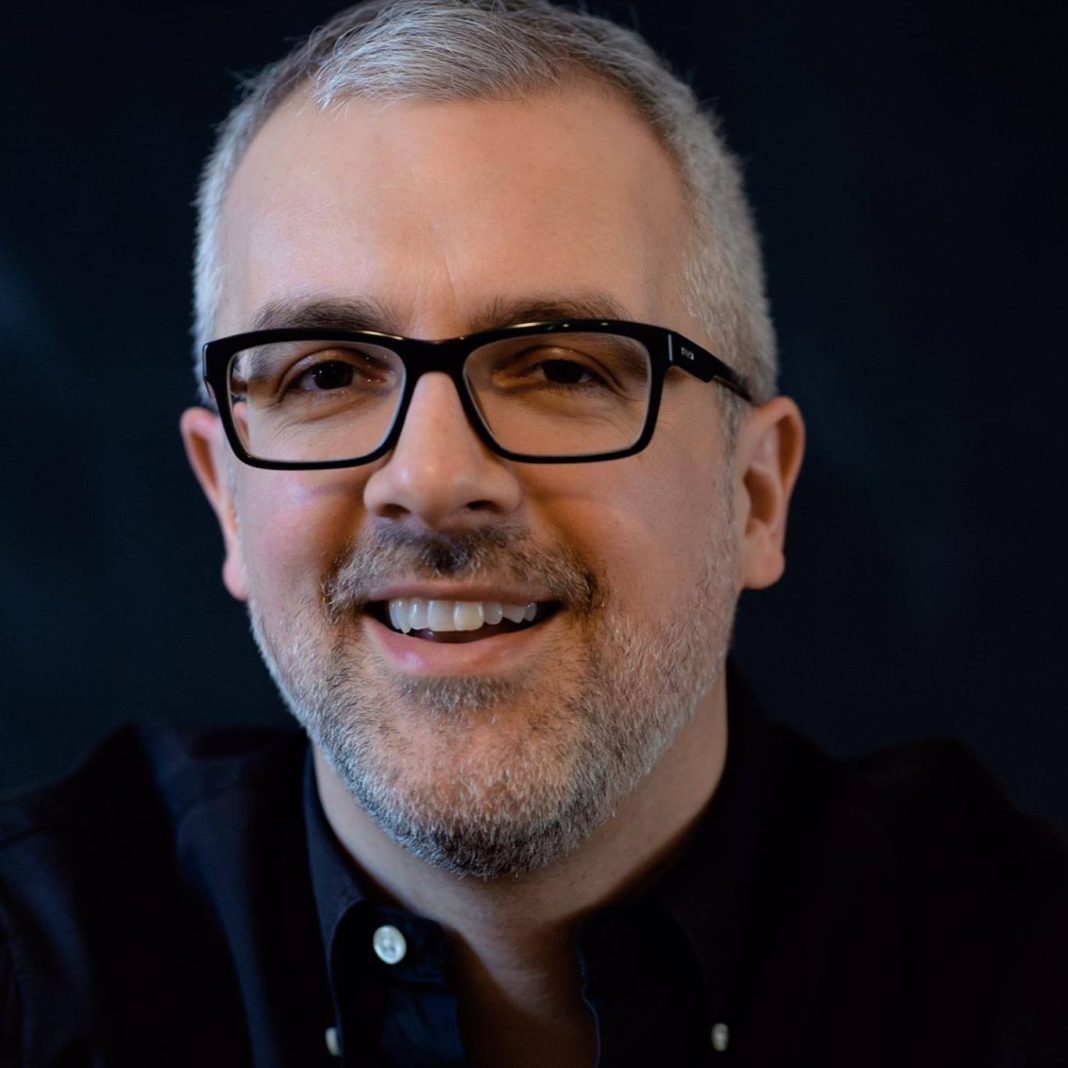 “I’m not a salesman, I’m a practitioner. I think a big part of what has made Appyhere successful is my approach to marketing and sales. It’s about giving people accurate and valuable information on a consistent basis, and relating to them, rather than selling them.”

“For us, it’s about the value we bring, and the rest will follow.”

The profound shift technology has had on our lives in various aspects is indisputable. Today, transactions and mobility networks are designed to be as fluid and frictionless as possible.

Broken systems are revitalized by the spirit of entrepreneurism, which can’t help but amass the widespread adoption we see today.

There are still systems that remain congested and bureaucratic, one of them is recruitment.

Though we’ve seen improvements for white-collar recruiting through tech apps like Linkedin and ZipRecruiter— it leaves one significant part of the workforce unaccounted for.

Blue-collar recruiting remains to be a problem for many companies that require these skill sets. Slow processes and the lack of knowledge around matching the needs of the blue-collar workforce are contributing factors.

Martin Mathe is one of the four founders of a blue-collar recruiting app, Appyhere. 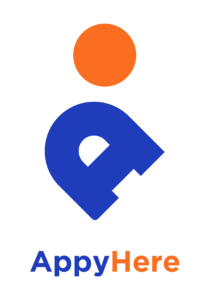 Coming from an extensive background in corporate HR, Martin’s ideas around business, sales, and marketing revolve around a humanistic approach.

But it doesn’t undercut the value Appyhere brings in terms of breakneck speed technology, data evaluation, and seamless user experience for both recruiters and candidates.

Appyhere is partnered with major brands like Loblaw, Kruger, and Maple Leaf. When asked why Appyhere was chosen above competitors, the answer was simple. “Data and speed”, says Martin. According to Martin, operation managers who are usually tasked with the job of recruiting save the equivalent of two days of work. Not only so, but the candidate experience is also proclaimed as exceptional, leaving many employers with better talent pools.

How would my approach differ if I were trying to recruit blue-collar vs white-collar workers?

First and foremost, Martin made clear that what he was about to say was based on data, and not on what we think is true. We both admitted falling to the fallacy of ascribing what we thought were meaningful values at work (ie. belonging, teamwork), to how others felt too.

“To blue-collar workers, a job is a commodity. They don’t associate careers with a way to self-actualize as many white collars do. Their main priorities when it comes to job-seeking are salary, location, and the schedule. They’ll find other ways to self actualize in other aspects of their lives (ie. family, community, religion).”

The intentionality behind the job posting must take into account what the candidate is seeking. “For a blue-collar worker, if they saw a posting that was a few lines versus two pages, which one do you think they’re going to choose?” Martin also brings up the fair point that interviews for blue-collar workers are costly. Removing those barriers with technology is the key to more successful recruiting.

What inspired you to start Appyhere? How has this journey been personally rewarding?

Martin previously held careers in executive HR positions in corporations. He made a decent and comfortable living, but there was one thing that became his greatest motivation— and weapon to dive into entrepreneurship.

“I wanted control of my life, desperately. That’s my biggest drive,” Martin said.

At that time, leaving his job was what he described to “be the most difficult decision I’ve ever made.” However, in retrospect, Martin wished he had left a lot sooner.

“The main idea behind Appyhere was based on a broken recruitment process for hourly employees,” says Martin.

Appyhere enables recruiters and employees to have frictionless experience when it comes to job recruiting and seeking. All that is required is for candidates to sign up for a profile, and they’ll be matched with a generous pool of employer options—including those major corporations mentioned above. According to Martin, it takes on average 45 minutes from the time a person applies to get a job offer. It takes approximately 24-48 hours from the time the person is hired to start their first shift, with some customers reporting only 12 hours.

“In blue-collar recruiting, speed is more important than the employer brand. This is what Appyhere offers. Speed and data,” says Martin.

“We want to be the Uber of recruiting. Providing seamless and frictionless experiences for our customers so that they can’t imagine going back to the way things were done before.”

How do you think the recession will affect both sides of the job market?

“The future is hard to predict but I think in the short term, a cool-down period on inflation and wages would be beneficial for everyone. Even in a recession, companies will still be recruiting for jobs. The difference is, that I think companies will have more flexibility to evaluate their talent pool and ensure that it’s the right type of talent. Whereas, we saw during the pandemic that companies were hiring anyone because no one was applying.”

In August 2021, a record 4.3 million Americans left their jobs in search of better work opportunities. This is also known as The Great Resignation.

Martin believes that economic cycles will run their course at a faster pace, but the highs and lows will be more evident. “We also have to consider the automation of many aspects of our lives and jobs,” says Martin. Companies and individuals must quickly pivot and adapt to the different types of skill sets that are demanded in the coming decade.

Do you think there will be an equal effect across all industries?

Some companies will use the recession to thrive. It’s the “zombie companies” that have been relying on government support for the past two years that might be eradicated by the recession, and it’s not necessarily a bad thing.

At Appyhere, we thoroughly believe in adding value back into the marketplace and providing solutions for our client’s problems. Therefore, it’s not a worrying factor for us.

Moving forward, companies that choose to invest in technology and talent will survive and thrive, while those that don’t will fade away.

Networking is a pervasive theme throughout starting a business; whether it’s raising brand awareness, acquiring investors, or securing sales.

On that note, what is your approach to sales and marketing?

“Most of our initial successes came from our network. We have four partners; two with a tech background and two in HR, including myself.

I’m able to call a VP of a major company and have them pick up and I realize that’s not the case for many startup entrepreneurs.

We’re able to sell our ideas, provide value and have people believe in us.

It’s part of the journey to make a lot of mistakes. For some of our partners, it’s not their first startup and at Appyhere we’ve certainly made some mistakes. But our value proposition is exceptional because we’ve learned, improved, and assessed.

How important is thought leadership and content marketing for tech companies like Appyhere, Linkedin, Shopify..etc? How has Appyhere adopted this?

“For us, this is key,” Martin asserts. The principle of value is pertinent in this case. “Providing people with valuable and accurate information on a consistent basis builds credibility.”

“Part of our success in sales is I’m not a sales guy, I’m a practitioner. I’ve lived through difficulties and I can relate to people. Your peers will respect you if you show them that you speak their language.”

Name the three toughest things about being a tech entrepreneur.

1.Quitting my job. I was a VP making a very good living and at the top of what I wanted to do. Leaving the security and comfort of your career especially when you have a family and a standard of living, is one of the toughest decisions.

However, I was fed up with how little control I had over my life. To me, money is a consequence, but it’s not an objective. My motivation was being in charge of my own life.

The nice thing about being an entrepreneur is that the unknown becomes less scary. I know if Appyhere doesn’t work out I have my experience and my network.  Worst case scenario, I would go back to my career and I would be a completely different HR VP—a much better one because of my experience.

2.Synchronization of data: Sometimes you have people that love or hate your product and they’ll go online and leave negative responses. They don’t realize how much pain and effort you put into the product, and at the end of the day, those ups and downs are something that can have a really big impact mentally.

Sometimes after you hear complaints from two or three people in a row, you begin to doubt yourself, but you have to push through and keep going.

3.Finding flaws in your ideas. Sometimes we’re so immersed in our product that we don’t see it. We’re extremely tough on ourselves as a team and we want things to be successful every time. In tech, you’re faced with the reality of whether you’re getting it right or wrong pretty fast. The results don’t lie, As an entrepreneur, you need to be able to deal with the turbulence in the journey.

Our economy is in a state of reshuffling and reordering. Although this might raise anxiety amongst some, it is those that can grasp opportunities, especially in an uncertain time that will prevail.

The story of Appyhere is an interesting example of such. It provides a unique value proposition for our exacerbated need for intelligence, speed, and efficiency as companies scramble to fill in the gaps left behind by the pandemic.