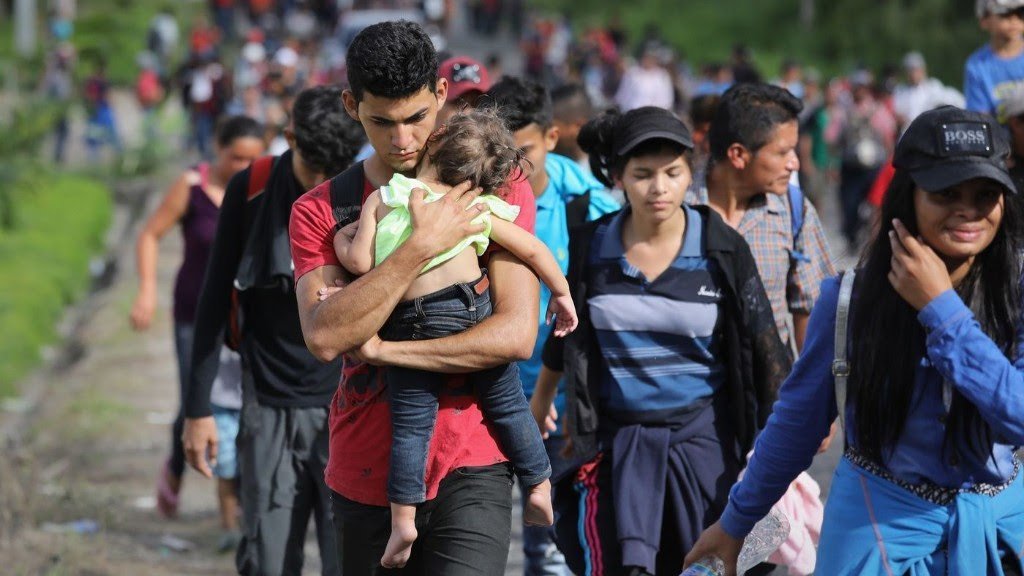 In March, US authorities stopped the largest number of migrants at the border with Mexico in 20 years. Authorities recorded more than 221,000 contacts, a third more than in February. In addition, some politicians fear the number will increase in the coming months if President Joe Biden’s administration reverses a pandemic measure allowing the swift deportation of undocumented migrants.

The number of migrants apprehended at the border with Mexico has risen almost every month since Biden took office. The US president has therefore faced criticism for placing less emphasis on border control than his predecessor Donald Trump. However, even under the Trump administration, the numbers of apprehensions at the border have been on an upward trend.

Overall, authorities recorded 160,000 migrants in March, 37 percent more than in February. Roughly one in five were allowed by authorities to remain on US soil, opening up the possibility for them to apply for asylum or otherwise legalize their stay in the US. The migrants stopped by police were most often from Mexico and Cuba. Many of the deported migrants are attempting to enter the U.S. repeatedly.

US authorities have also registered over 5,000 Ukrainians, 3,000 of whom entered the US from Mexico. This is four times more than in February. Many Ukrainians have been allowed by the authorities to remain on US territory. In addition, the U.S. Border Patrol wants to strengthen its center in Mexican territory to make processing permits faster for Ukrainians. The U.S. administration has said it wants to extend temporary protection to Ukrainians, which would allow them to stay in the U.S. and apply for work permits, The Washington Post reported. The White House had previously said it was willing to accept up to 100,000 refugees from Ukraine.

The U.S. has committed to accept up to 100,000 Ukrainian refugees, and Secretary of Homeland Security Alejandro Mayorkas says Ukrainians at the U.S.-Mexico border will be considered for “humanitarian parole,” which grants special protection to people fleeing persecution based on race, religion or nationality.

The numbers of migrants are expected to rise further. At the end of May, the administration plans to repeal a controversial health measure triggered by Donald Trump during the covid-19 pandemic. It allows migrants without papers to be quickly deported, including asylum seekers due to persecution in their country of origin. Republicans, as well as some moderate Democrats, are urging Biden to keep the measure in place.

The order, known as Title 42, allows asylum seekers and other migrants to be rapidly expelled to Mexico to prevent the spread of COVID-19.

Thanks to the measure, half of the migrants stopped in March were quickly deported from US territory. Refugee and human rights organizations, on the other hand, are calling for the measure to be repealed, pointing out that the US must allow people to apply for asylum.

U.S. officials want to discuss migration with Cuba, where more and more people are leaving for the U.S. According to Reuters, leaders from both countries will meet in Washington this week in what is likely to be the highest-level meeting since President Biden took office. Relations between the two countries have been strained in recent months over sanctions imposed by Washington in the wake of the crackdown on demonstrations in Cuba last July. Havana was also expecting the Democratic president to ease the financial sanctions imposed by Trump, which are weighing heavily on the island’s economy. However, this has not yet happened.

Previous articleA Doctor That Thinks Masks Prevent Infections Should Not Be Allowed to Be a Doctor
Next articleGreece launches Europe’s largest solar farm supplying power to 75,000 households