The United Kingdom’s new Tempest fighter could be powered by electricity instead of an internal combustion engine. 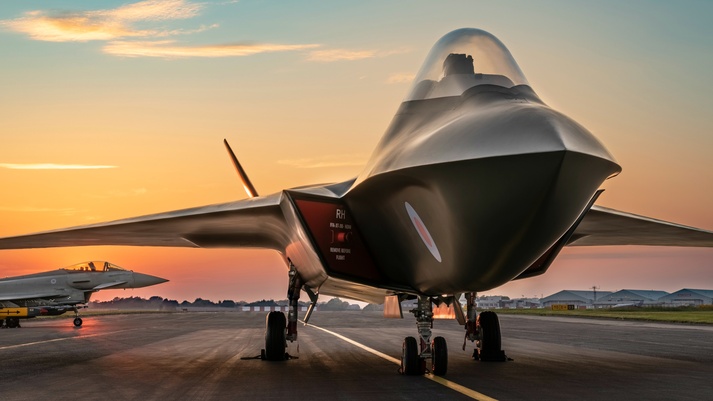 BAE Systems, the defence company behind the British air force’s new fighter jet, has teased the prospect of electric-battery systems playing a substantial role in powering the RAF’s next-generation Tempest warplane, due to enter service in the 2030s.

The company says it is “examining all options” for the plane’s propulsion system as part of the Tempest’s development period and is working closely with engine developer Rolls-Royce.

One of the biggest bottlenecks for the modern aerospace industry is that conventional engineering and manufacturing techniques are far too slow for a rapidly changing world. Where once whole new models of aircraft could be rolled out on an almost yearly basis, modern aircraft, especially warplanes, can take decades, even generations, to go into service, with many becoming obsolete before their numbers even come up to strength.

The system would undoubtedly be more environmentally friendly, but there are some doubts such a propulsion system will be ready for action by the time the jet enters service in 2035.

According to BAE, modern aircraft design requires precision on the scale of a third of the width of a human hair, so the off-the-shelf robots will require modifications to get them up to speed, but when the factory is up and running, such automation will allow operators to concentrate on higher-skilled and strategic tasks, while managers can oversee operations from a fully digitized, virtual office. The result is the capability to deliver combat aircraft cheaply and in half the time.

Rolls-Royce already confirmed in January that it had successfully developed a “world-first electrical technology” for the Tempest programme, which aims to address the “unprecedented levels of electrical power demand” expected on future aircraft.

Although all-electric engines are still in their infancy, Rolls-Royce has a strong track record, having collaborated with Airbus on a hybrid propulsion system that was due to undergo test flights next year.

Early results are believed to have given BAE confidence that the target of halving the cost of Tempest’s development can be met, as long as the company has ‘an end to end supply chain’ that was fit for purpose.

Previous articleHuawei 5G Banned in the UK: What are the Costs?
Next articleBulgaria, Croatia prepares for euro entry