In a shocking turn of events, U.K decided to phase out the Huawei 5G networks from the country within 2027. The decision was a U-turn from the previous position to allow Huawei equipment on a limited basis announced earlier this year.

The issue against Huawei started when Trump administration banned the company with an allegation of spying on behalf of the Chinese government.

The use of technology to suppress the “Uyghur” community in China can be an example for the West, according to a newly-minted international consortium of lawyers. The group is supporting the U.K government for banning the telecom giant.

“As facts have changed, so has our approach, This has not been an easy decision, but it is the right one for the U.K.’s telecoms networks, for our national security and our economy, both now and indeed in the long run.” – Oliver Dowden, the government minister in charge of telecommunications

Earlier on Tuesday, Britain declared that it will stop purchasing Huawei 5G equipment after December this year. The declaration also contains the decision to replace all installed Huawei kits.

After the announcement, the Trump administration had a welcoming reaction on social media. Secretary Pompeo thinks U.K’s decision will improve Transatlantic security while protecting the privacy of the citizens. 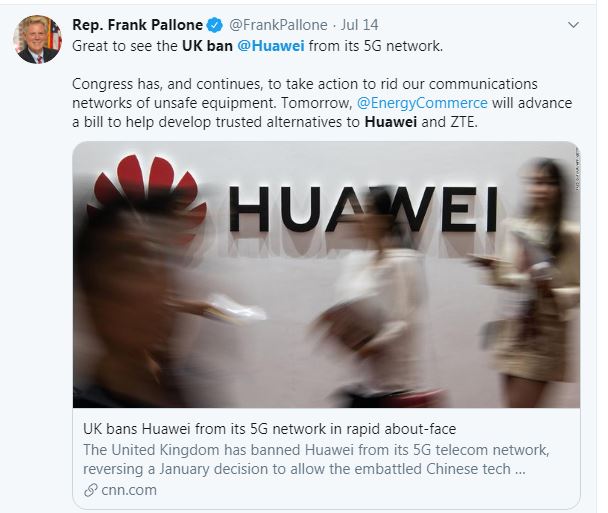 What are the Costs of Huawei Ban?

As a major supplier of telecommunication equipment, Huawei’s presence is crucial for developing the 5G network in the U.K. So replacing Huawei can be a costly adventure now for the U.K.

Already HuaweiUK tweeted that the situation will deepen the digital divide, as an official response to the situation. 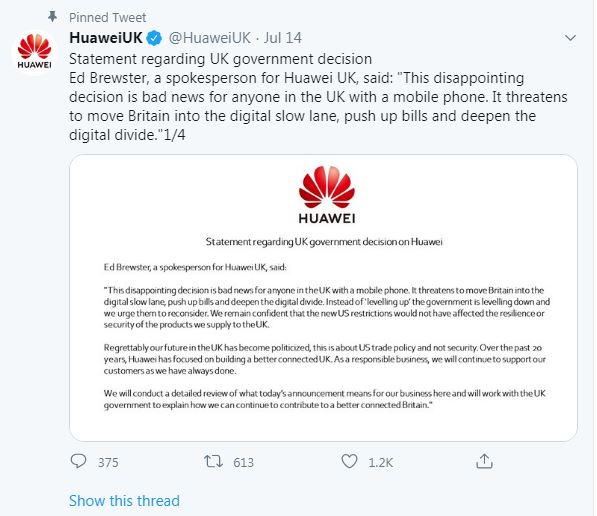 5G network has a faster download speed which is important for the growth of sectors like manufacturing, health care, and transportation. Top British telecommunication companies like BT and Vodafone have warned about a mobile blackout if Huawei technologies are removed within a short time.

There’s an estimation of £2bn in expenses to carry out the replacement of the Huawei network from the U.K. Furthermore, citizens have to wait 2 more years to join the high-speed 5G network. So we can expect that U.K’s decision to ban Huawei will have long-term consequences over the digital growth of the country.