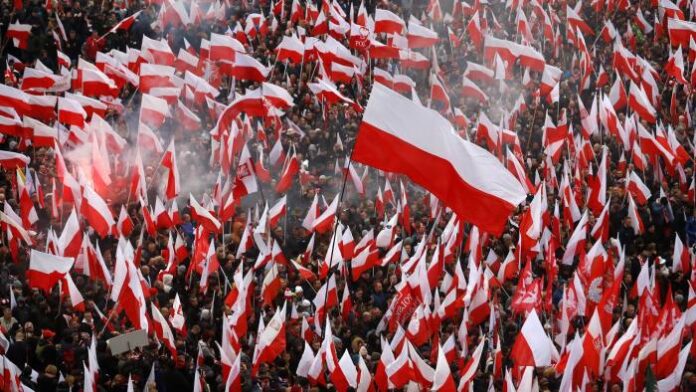 The proposed law in Poland on banning censorship on social media will also block “shadow banning” (a technique of blocking the user, by not distributing its content), with maximum fines of over 2 million euros.

In a recent interview with Breitbart London, Polish Deputy Justice Minister Sebastian Kaleta said users will be notified when a social media platform tries to minimize their visibility on the platform.

“Every time an algorithm is used to limit reach, the user will be informed if and why his reach is being limited,” Kaleta said. He added that “the process of using algorithms to suppress particular views, as long as they do not break Polish law, [will] be regulated.”

“Since we have laws regarding banking, telecommunications, the armaments industry, and many other fields, we should also regulate Big Tech,”

Social media companies that violate Polish laws on freedom of expression will be fined.

The Deputy Minister compared social media with basic services such as telephone companies, light bulbs and noted that Big Tech platforms have no real competition.

“The owners of social media companies are not running just any business. The Big Tech companies are now monopolies,” the Deputy Minister said. “I mean, imagine if Alexander Graham Bell were to decide who can speak through the telephone and Thomas Edison decided where lightbulbs were to be used?”

In December, Polish Justice Minister Zbigniew Ziobro said the new freedom of expression law would allow Poles to file a complaint against social media companies if their online comments were deleted by a company moderator or if the company blocked it.

“Often the victims of tendencies for ideological censorship are also representatives of various groups operating in Poland, whose content is removed or blocked, just because they express views and refer to values that are unacceptable from the point of view of communities … with an ever-stronger influence on the functioning of social media,”

Hungary follows Poland in the fight against censorship on social media. Last week, Justice Minister Judit Varga said she would introduce a fine this year to “regulate the internal operations of Big Tech companies.” “Today, anyone can be disconnected from the online space without the possibility of benefiting from a transparent and correct procedure and a legal remedy,” said  Judit Varga.