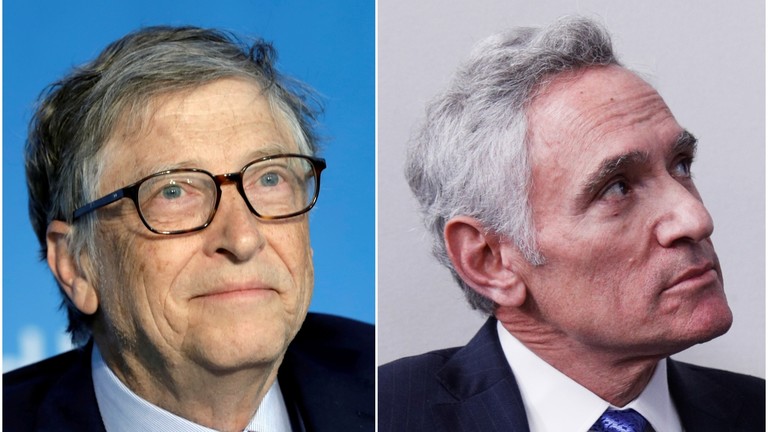 Microsoft billionaire Bill Gates who is also a philanthropist and self-styled Covid-19 authority criticized Trump harshly after the President went and found a medic who, incredibly enough, was not on Bill Gates payroll. Apparently, Bill Gates only approves of people who had received Gates foundation money to advise the president, the likes of Neil Ferguson, Deborah Birx or Anthony Fauci.

Neil Ferguson and Anthony Fauci are both de facto employees of Bill Gates.

As far as anyone is concerned, Bill Gates and his foundation fund almost every virus researcher on the planet, which means a billionaire was capable of literally buying an entire industry, and used his clout to shut down society and virtually obliterate the middle class.

Moreover, Bill Gates is constantly telling us to trust the science, and he used that mantra to attack President Trump’s new adviser Scott Atlas for not supporting stricter Covid policies. Gates claimed during an interview for Yahoo News that “We now have a pseudo-expert advising the president”.

Scott Atlas is an actual medical doctor, unlike the billionaire software tycoon, and he completed both college and medical school, unlike the dropout Bill Gates. Gates also said that:

Bill Gates is not a medical expert, nor a doctor or even a politician, and he is known for spending huge sums of money through his Bill and Melinda Gates Foundation and its affiliates in a quest to vaccinate the whole world. On the other hand, Scott Atlas has a medical degree from the University of Chicago and has taught healthcare policy at Stanford University’s Hoover Institute.

It’s important to mention that both the CDC and the Food and Drug Administration (FDA), the institutions responsible for providing health guidelines during the “pandemic”, were co-opted long ago by the pharmaceutical industry, according to numerous experts, and Big Pharma is also benefiting from Bill Gates money.

Joe Biden attacked Dr. Scott Atlas, a graduate of the University of Chicago School of Medicine and the former Chief of Neuroradiology at Stanford University Medical Center.

Biden will ONLY listen to the PRO-LOCKDOWN crowd. He will SHUT DOWN our economy! pic.twitter.com/PtTaxpA44L

While he was trying to save the world from covid, a mild virus that has a significantly lower mortality rate than the flu, Bill Gates accidentally made 9.7 bn. dollars. Jeff Bezos made 68 bn. dollars.