The fortune of Nongfu Spring founder and vaccine tycoon Zhong Shanshan grew to $58.7 billion making him the current wealthiest person in China.

At a time when tech giants have been suffering losses, Zhong’s net income has grown $2 billion more than Alibaba’s founder Jack Ma, based on the latest listing by the Bloomberg Billionaires Index. His fortune also grew by as much as $3.8 billion this year.

In another top billionaires’ listing this time by Forbes, the 66-year-old Zhong Shanshan is also currently ranked 17th in the world Billionaires List above Ma Huateng at 18th place while Jack Ma is at 22nd place.

Chinese bottled water giant Nongfu Spring’s shares also soared as much as 85 percent during its debut earlier this month after the company’s $1.1 billion Hong Kong IPO also attracted a record level demand further boosting the low-profile billionaire’s fortune. Nongfu’s stock price started at $2.77 and surged to $5.14 during its IPO with around $387 million changing hands on the company’s first trading day at the market.

As the man behind China’s most popular bottled water, the bulk of Zhong Shanshan’s fortune comes from his bottled water empire and healthcare business as compared to the numerous tech billionaires from mainland China. With the ongoing tech war between China and the United States, his fortune soared over tech billionaires like Tencent’s Ma Huateng and ByteDance’s Zhang Yiming.

Zhong’s fortune also grew by $50 billion in 2020 after his popular bottled-water business Nongfu Spring went on an IPO this September. His other investments in the vaccine industry particularly in the Beijing Wantai Biological Pharmacy also went public last April further increasing his net worth by as much as $20 billion.

China’s wealthiest list has become a source of fascination to many financial experts as several Chinese businessmen coming from the tech, real estate, and healthcare have been appearing every year either doubling or tripling their net worth due to a slew of IPOs of various companies in the country.

The Nongfu Spring founder’s rein on the top of China’s wealthiest list, however, might be short-lived as Alibaba’s Jack Ma is expected to reclaim the top spot as his financial services arm Ant Group will be conducting dual IPOs in Shanghai’s Star Market and the Hong Kong Stock Exchange in October. 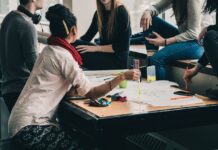 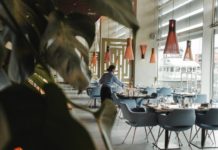 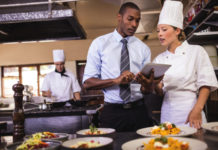