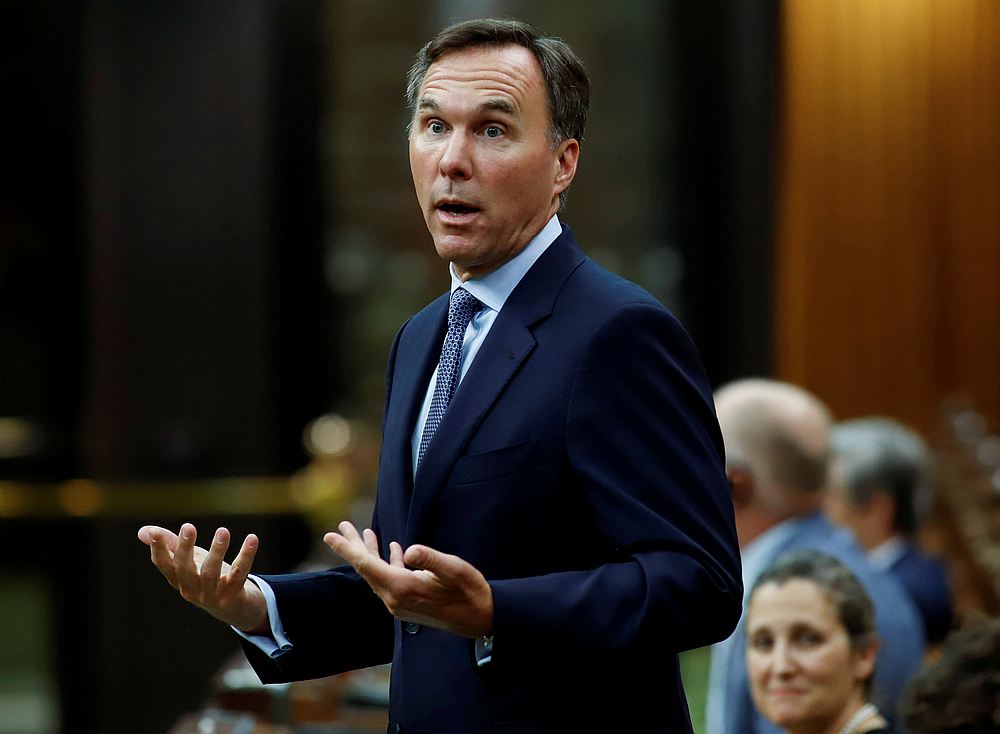 Canadian Finance Minister Bill Morneau steps down his office over the “WE Charity” scandal allegations this Monday.

There are also reports of dissimilarity between the Prime Minister and his office over the government spending on Coronavirus Pandemic. Prime Minister Justin Trudeau said in a statement, “Canada will vigorously support his bid to lead” the OECD and thanked Morneau for his 5-year service.

Morneau reacted to the situation by saying that he wasn’t told to resign but regular Morneau-Trudeau conflict over government spending forced him to take the decision.

Morneau has been the finance minister in the Trudeau administration since 2015. He was the former head of Morneau Shepell, the largest human resources firm in Canada.

Morneau said that he is leaving the politics to lead the Organization for Economic Cooperation and Development, according to CNBC.

Canadian Finance Minister Linked to the We Charity Scandal

The opposition leaders have been calling for Morneau’s departure due to a controversy linked to WE Charity. Reports say that the WE Charity scandal also touched the Canadian Prime Minister and his family.

But Trudeau justified himself by saying that it was his cabinet’s decision to award WE Charity a Billion-Dollar contract, not his, according to the recent reports.

“By firing Morneau, Trudeau is hoping to take the attention off himself.  Once the government announced that Carney was ‘advising’ Trudeau, that signaled that Morneau would soon be gone.” – Nelson Wiseman, a political science professor at the University of Toronto

WE Charity came under immediate scrutiny when it was allowed to monitor a pandemic-related student support program. Furthermore, the media found Trudeau’s wife, brother, and mother taking payments from WE Charity for talking in the events.

However, there are no direct links proved against the Prime Minister. So as a cabinet member, the Finance Minister’s direct link with WE Charity created the path for his resignation.

A Historic Budget Deficit and the Future Canadian Finance Minister

The government of Canada is predicting a US$260 billion deficit in the year 2020-21. The recent pandemic and stimulus plans to save the economy are the main reason for such deficit.

However, the Canadian Prime Minister has marked the spending as an essential support for the citizens. He wants to make sure that his people stay safe and alive during these difficult times.

Mark Carney, a former governor of both the Bank of Canada and Bank of England and Deputy Prime Minister Chrystia Freeland are the two favorites to replace Morneau.