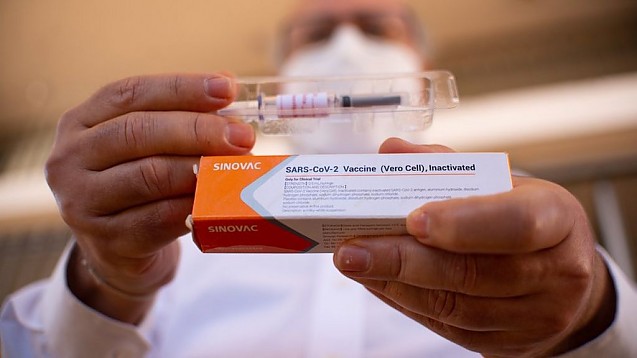 Beijing has distributed hundreds of millions of doses to other countries, while trying to question competing Western products. In May 2020, Chinese President Xi Jinping even told the World Health Assembly that his coronavirus vaccines are “a global public good,” and that their distribution would be part of Xi’s vision of a common future for the world’s people to function as a whole, ”informs breitbart.

Beijing’s efforts to vaccinate its people during the export of vaccines have attracted support abroad before the medical results are known. Questions are now being asked about China’s program and the ability of its products to do what they promise. Researchers in Brazil have found that the effectiveness rate of a coronavirus vaccine from Sinovac, a Chinese company in preventing symptomatic infections, is up to 50.4%. By comparison, the vaccine produced by Pfizer proved to be 97% effective.

No foreign vaccine is approved for use in China, where the coronavirus appeared in late 2019 in Wuhan. Gao did not provide details on possible strategy changes, but mentioned mRNA, an experimental technique previously used by Western vaccine developers, while Chinese drug manufacturers used traditional technology. “Everyone should consider the benefits that mRNA vaccines can bring to humanity,” Gao said.

Experts say that mixing vaccines or sequential immunization could increase efficacy rates. Studies around the world are looking at mixing vaccines or administering a booster vaccine over a longer period of time. Researchers in the UK are studying a possible combination of Pfizer and AstraZeneca vaccines. The Sinovac vaccine has already been sold in at least 10 other countries and is given to people in at least five other countries. In China, the vaccine received emergency approval in July last year.