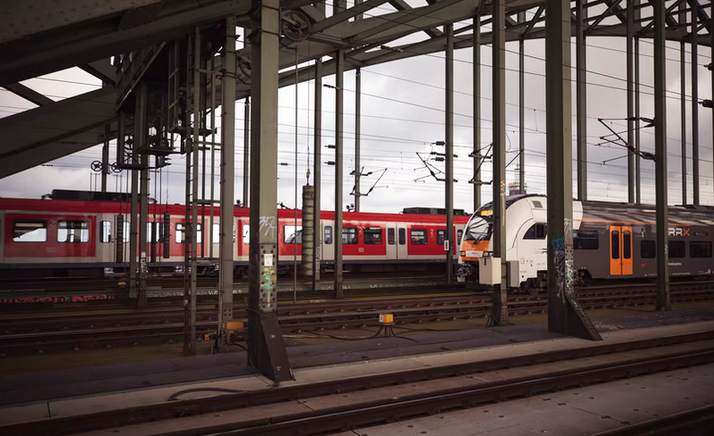 Egypt has entered a contract to build a 2000 kilometers high-speed railway with Siemens Mobility’s traffic and rail unit and a consortium of partners. The agreement between Egypt’s National Authority for Tunnels (NAT) and the consortium of Orascom Construction, Arab Contractors, and Siemens Mobility seeks to create the 6th largest super-speed railway system linking around 60 cities across the country’s northern and Eastern costs.

One of Egypt’s modern transport endeavors, the very first super-speed electric railroad, is planned to be finished in 2023 and will run alongside the 1,000-Km-long diesel-powered railway system.

Abdel Fattah El-Sisi, the president of Egypt, said that the new electric rail system is the result of Germany and Egypt’s beneficial infrastructure collaboration, and it will be a great asset to Egypt’s transport network, ushering in a fresh age for the railroads in Egypt, Africa, and the Middle East. El-Sisi said they seek fruitful development with the company and expect to complete the railway project within the stipulated window.

Siemens Mobility is an autonomously managed firm of industrial manufacturing giant Siemens. The company Chief Executive stated that this was the most significant order in Siemens’ history.

On Saturday, Siemens Mobility said in a press release that its part of the joint deal would be €8.1 billion, or $8.7 billion. This figure represents a €2.7 billion contract for the construction’s initial line, which was signed in September 2021. The railroad construction will cut carbon emissions and reduce air pollution relative to bus and car transport.

These fully-electrified railway lines will have trains moving at top speeds of 230 km/h traveling from the Mediterranean to the Red Sea, including other destinations. The rail system will serve close to 30 million people per year and will cut travel time to around 2 hours.

Egypt’s new rail network comprises three sections. First, the previously disclosed 660 km rail line links Marsa Matrouh and Alexandria on the Mediterranean coast to Ain Sokhna ON Egypt’s Red Sea coast. Also, there are close to 1,200 kilometers to be constructed to link Abu Simbel near the Sudan border to Cairo and an additional 225 kilometers linking Hurghada and Luxor on the coast of the Red Sea.

Siemens Mobility CEO Michael Peter said that together with their partners, they should build from scratch to complete an ultramodern railway line offering a blueprint in the region regarding installing an integrated, modern, and sustainable transport system.

According to the International Energy Agency, the railway network will be among the most efficient modes of transport. The IEA stated that the rail network will account for 9% of the global motorized passenger mobility with 7% of cargo but will be accounting for only 3% of transportation energy utilization.

It does, nevertheless, rely significantly on oil, which accounted for 55% of overall energy use in the industry in 2020. Oil consumption in railway transport will have to decline to “near zero” by 2050, according to the IEA’s model for a near-zero energy economy, with hydrogen and electricity replacing fossil fuel for the great majority of railway energy needs.