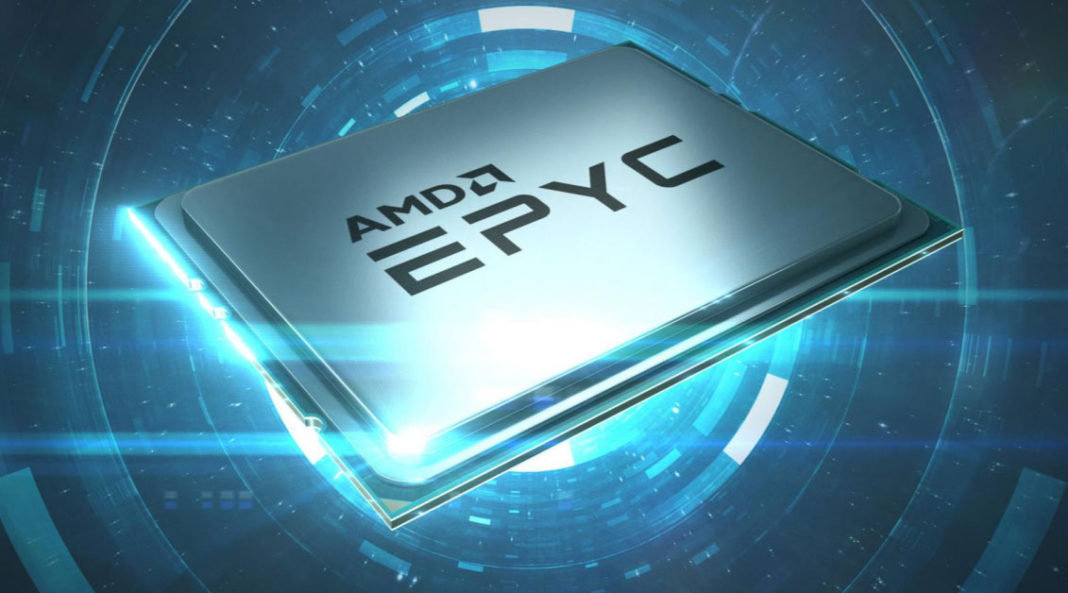 The number one supercomputer in the world is now being powered by Epyc processors of Advanced Micro Devices (AMD) Inc.

Frontier, powered by AMD Epyc processors and AMD Instinct accelerators, is faster than the next seven supercomputers on the top list in the world, combined.

Oak Ridge’s Frontier hit 1.1 ExaFlops during a sustained Linpack FP64 benchmark, the system delivers up to 1.69 ExaFlops in peak performance.

The Santa Clara, California-based chipmaker announced on Monday that the Frontier system submitted its very first score to the Top500 list of 1.1 exaflops, making it the world’s fastest supercomputer and the first to break the exascale barrier.

Finally, Frontier’s mixed-precision computing performance clocked in at 6.86 exaflops, as measured by the High-Performance Linpack-Accelerator Introspection, or HPL-AI, test.

These systems continue to highlight the performance and efficiency capabilities of the AMD Instinct accelerators at a node, cabinet, and system level.

There are a total of 94 AMD systems in the latest Top500 report, indicating a 95 percent year-on-year increase for the chipmaker. Similarly, more than 38 new supercomputers in the Top500 list are based on AMD microprocessors.

On the Green500 list, AMD EPYC processors and AMD Instinct accelerators now power the four most efficient supercomputers in the world.

The recent announcement from  AMD only highlights that AMD EPYC-powered systems now comprise five of the top ten supercomputers in the world and ten of the top twenty.

However, Intel CPUs still populate most systems on the Top500, while Nvidia GPUs also continue as the dominant accelerator provider for supercomputers.

Beyond that, AMD products are in eight of the top ten, and 17 of the top 20 most efficient supercomputers list.

“Innovation and delivering more performance and efficiency for supercomputers is critical to addressing the world’s most complex challenges. AMD EPYC processors and AMD Instinct accelerators continue to push the envelope in high-performance computing, providing the performance needed to advance scientific discoveries,” Norrod stressed.

“The Frontier supercomputer, powered by AMD and HPE, represents a massive step forward for both science and for the HPC industry,” said Bronson Messer, director of science at Oak Ridge Leadership Computing Facility.

“Our collaboration with AMD has been critical for us to ensure that we deploy the world’s leading platform for computational science. The Frontier supercomputer taps into the combined performance of enhanced AMD CPUs and AMD Instinct accelerators, along with an enhanced AMD ROCm™ 5 open software platform, to deliver the performance researchers need to carry out scientific research for the good of all mankind.”

Pekka Manninen, Director of the LUMI Leadership Computing Facility disclosed that Lumi, one of the EuroHPC world-class supercomputers and leading platforms for artificial intelligence, is built with leading environmental sustainability and performance in mind.

“AMD EPYC processors and AMD Instinct accelerators enable us to reach our most ambitious scientific research goals while at the same time meeting and exceeding the EU’s most stringent climate targets. We are extremely proud of our third-place position in the Green500 list, achieving 51.63 gigaflops/watt power efficiency.”

Shopping for clothes online has become a staple for many. Gone are the days of taking a trip to the mall and spending hours...