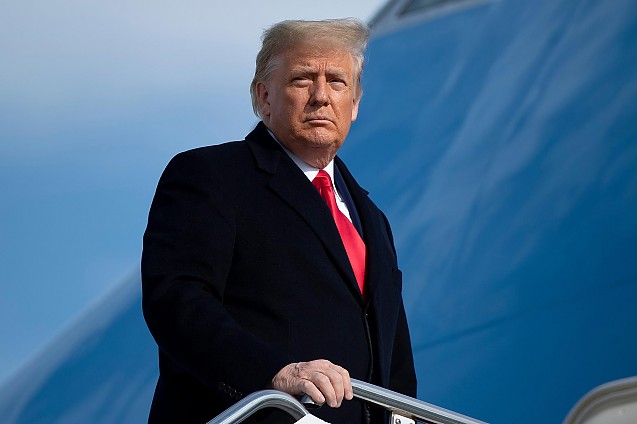 A video of the former President, made with his daughter-in-law, Lara, has been deleted from the social networking platform.

Several representatives of former President Donald Trump received an email from a Facebook employee, warning that any content posted on Facebook and Instagram “in President Trump’s voice is not currently allowed on our platforms (including new posts with President Trump speaking ) ”And warned that“ it will be deleted if it is posted, resulting in additional limitations for the accounts that posted it ”.

These notices apply to all campaign accounts and pages, including the Trump team, as well as other messages circulating his campaign on our platforms, “said Facebook’s e-mail, posted on Instagram by Trump’s son Eric Trump.

“According to the blockage we have placed on Donald Trump’s Facebook and Instagram accounts, the additional content that will be posted in favor of Donald Trump will be removed and will lead to additional limitations on the accounts,” informs Foxnews.

Trump was also permanently censored on Instagram, Twitter, Snapchat and Youtube, following the events at the Capitol on January 6. We also remind you that there is an official website of the former president, 45office.com, where you can be informed directly from the source, without Trump’s statements passing through the filter of social media platforms.