Application needs the approval of 30 states comprising the Western alliance 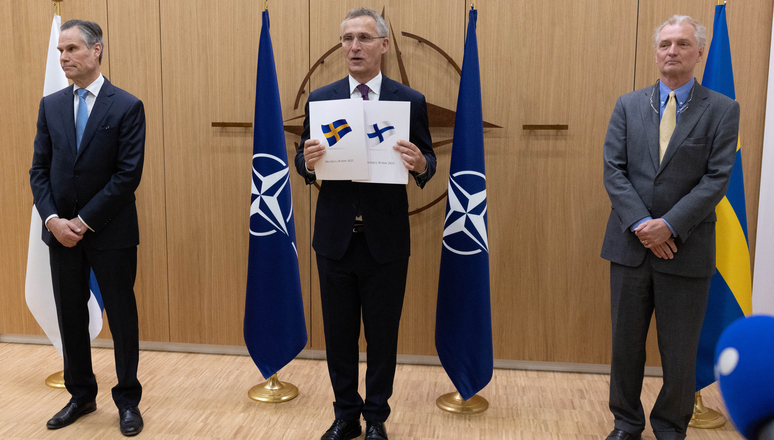 Finland and Sweden formally requested to join the North Atlantic Treaty Organization (NATO), a decision prompted by Russia’s invasion of Ukraine and despite objections from European ally Turkey.

Stoltenberg said in a tweet the formal application is ‘a good day at a critical time for security” adding that Finland and Sweden’s moves are ‘a historic step’ towards the military alliance’s goals.

“The applications you have made today are an historic step. Allies will now consider the next steps on your path to NATO. The security interests of all Allies have to be taken into account. And we are determined to work through all issues and reach rapid conclusions,” said Stoltenberg in a transcript released to the media.

“Over the past few days, we have seen numerous statements by Allies committing to Finland’s and Sweden’s security. NATO is already vigilant in the Baltic Sea region, and NATO and Allies’ forces will continue to adapt as necessary,” Stoltenberg said.

However, Turkey is the only Eurpoean ally who has publicly stated its objection. President Recep Tayyip Erdogan believes Finland and Sweden should pay greater attention to Turkish concerns regarding terrorism.

Erdogan is adamant in his opposition to their purported support for Kurdish militants claiming the two Nordic countries are turning a blind eye to the banned Kurdistan Workers Party despite the fact that the organization is on the European Union’s anti-terrorist blacklist.

Meanwhile, a formal consent to Finland and Sweden’s applications by all 30 current NATO members, with some of them requiring approval from their parliaments, could take up to a year despite broad support of the Nordic nations joining the Western military alliance.

The official applications start the security timer for the two European countries after Russia’s invasion and war in Ukraine prompted them to join the military alliance.

Russian President Vladimir Putin has earlier demanded that NATO stop expanding toward Russia’s borders, and several NATO allies, led by the United States and the United Kingdom, have indicated that they are prepared to provide security support to Finland and Sweden if the Kremlin tries to provoke or destabilize them during the transition period.

Read More Stories: Is Mastercard Ditching the Card? Payments Giant Wants You To Wave and Smile To Pay

Previous articleIs Mastercard Ditching the Card? Payments Giant Wants You To Wave and Smile To Pay
Next articleElon Musk Responds To Tesla Being Dropped From S&P 500 ESG Index