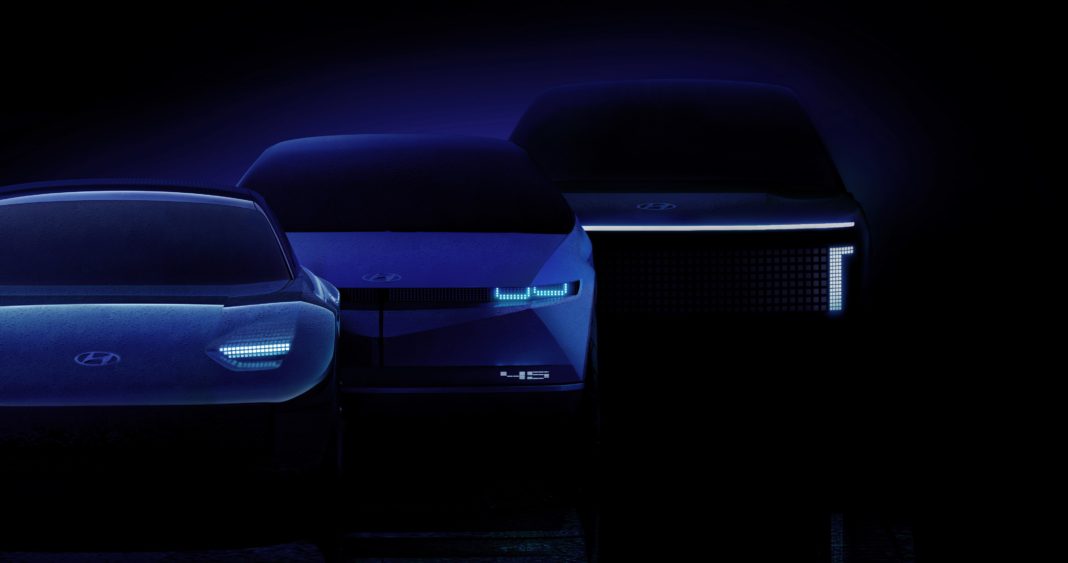 Seoul-based car maker Hyundai launched a fully dedicated line of electric vehicles under the Ioniq brand on Monday (August 10) as it aims to capture at least 10% of the booming market by 2025.

Hyundai Motor Company announced its latest Ioniq line as the company plans to build over a million e-vehicle units by 2025 while it drives to be the third-largest producer of eco-friendly electric vehicles in the world.

The company will be launching a range of numerically named battery electric vehicles in the next four years with even numbers used for sedans and the odd numbers for SUVs.

The first to roll out in 2021 is the Ioniq  5, a midsize Compact Utility Vehicle. It is based on the concept EV ‘45’, which Hyundai unveiled at the International Motor Show 2019 in Frankfurt as a homage to its very first concept car.

In 2022, Hyundai will introduce the Ioniq 6 sedan, which is based on the company’s latest concept EV ‘Prophecy’, unveiled in March.

It will be followed by Ioniq 7, a large SUV in early 2024. Prophecy’s iconic exterior design is characterized by its aerodynamic silhouette of perfect proportions.

The family of Ioniq electric vehicles will be using an Electric Global Modular Platform or E-GMP which will enable fast charging capability and plentiful driving range.

Hyundai first introduced the name Ioniq in 2016 as the world’s first and only model to offer a choice of three electrified powertrain options – hybrid electric, plug-in hybrid, and battery electric – within a single body type.

This time the company wants to use the Ioniq brand name for fully electric vehicles as part of the company’s clean mobility goals.

To fulfill Ioniq’s brand mission, Hyundai will combine its current e-vehicle capabilities – such as ultra-fast charging, spacious interior, and battery-supplied power – with future innovations that combine design, technologies, and services to integrate in-car and out-of-car experiences for a seamless journey.

“With a new emphasis on connected living, we will offer electrified experiences integral to an eco-friendly lifestyle,” Cho said.

Hyundai Motors To Establish $5.54-B Battery, E-Vehicle Plant in the U.S.