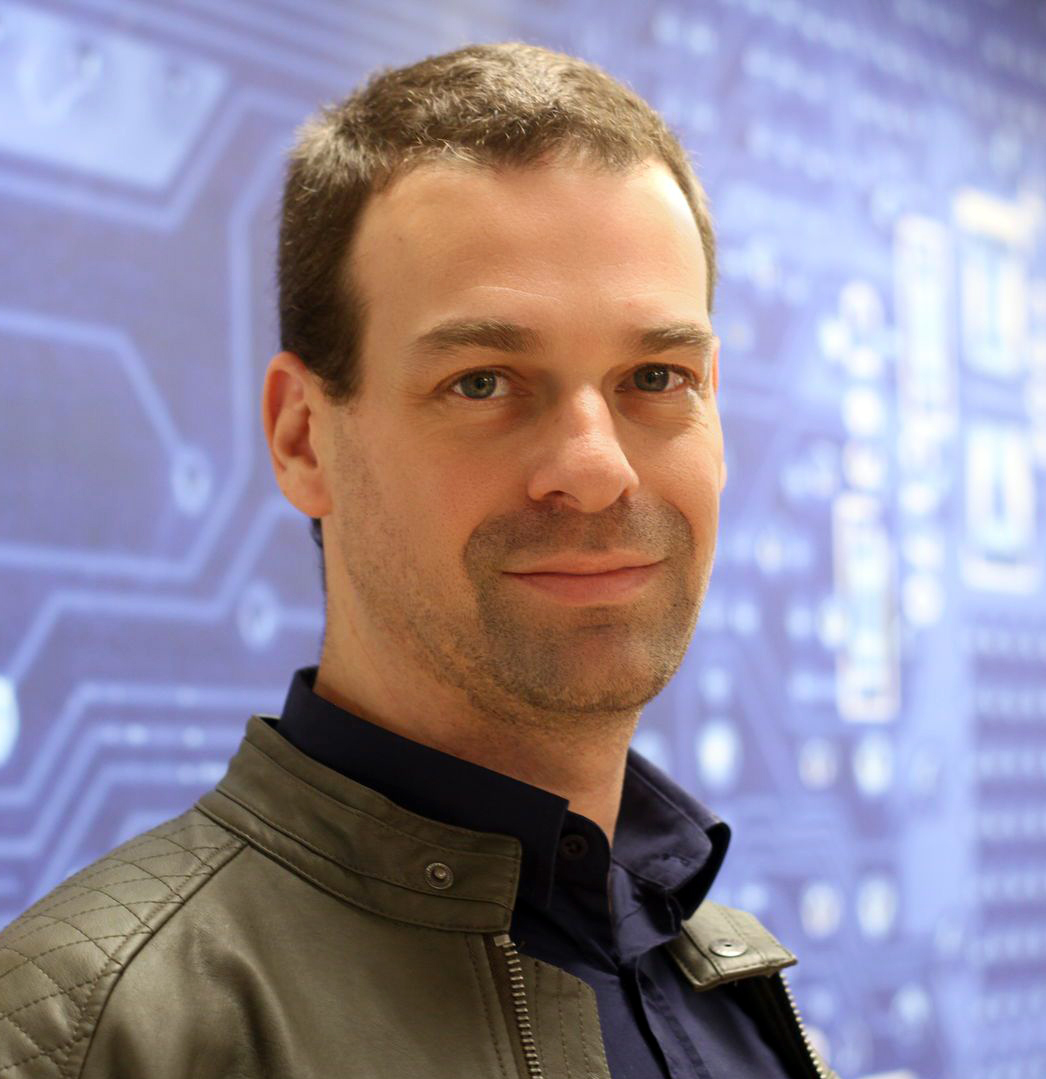 What is yet unknown to man might just be its greatest solution.

The recent happenings in the world stretch far beyond just politics. Mainly, weaknesses prevailing throughout our international and local systems have been prematurely exposed, like a chronic wound. Like any crisis, we all ‘kind of knew it was going to happen’ but never anticipated it would. The common rhetoric goes, “Never again.”

The actions of world leaders have ranged from obnoxious to unequivocally firm to disappointedly unremarkable. There is no easy solution—and politicians often find themselves in an equivalent of a rat race, with every turn they take faced with scorn.

While political leaders have their energy reserved for strategy, long-term gain, and negotiations—we have a rising sector that might hold the important keys to future warfare. They seem to be everywhere, you hear of them often but usually in circles far in the vicinity of the Pentagon, or Parliaments.

The current era is poised for technologists and techno-optimists alike. This subsector of the population has always latched onto the idea of ‘the other world’; one full of infinite capabilities. The concept of utopia has been around for a long time and is the premise for many fictional works. Of course, there’s rarely ever a true utopia. Even with the mega advance in technology, there are always imminent threats that come with it.

Humans fear the unknown, without realizing that it is the unknown that might become a probable solution to the problem. All you have to do is look.

On the west coast of Canada, we meet with an entrepreneur by the name of Noam Kenig. He owns and operates three companies, two of which are heavily involved in artificial intelligence and threat detection technologies: AerialX and Viooa. At the time of this interview, Noam is completing a work trip across the Middle East and India.

“Out of all the teams, ours was among the few that had come up with a successful working prototype. At this time it all felt like science fiction,” Noam reflects. The feeling of being on the brink of something miraculous and life-changing stuck by him even after he had built a business in a completely different sector after college. According to Noam, this competition and technology became the foundation and proof that it’s possible to make fully autonomous vehicles.

“I started out working for a company that developed digital extraction tools for law enforcement agencies, such as the FBI, NSA, CIA, and Secret Services. Specifically, I worked on extracting data quickly from digital media during covert operations using a specialized tool we developed. Eventually, I wanted a greater challenge and the idea of AI never left my foresight. I knew I had to get back to [it] because it was going to be the future. At that time, drones were known by few. I knew that combining AI capabilities into drones would give you a lot of options and solutions. I wasn’t exactly sure at that time what that solution would be. To me, it was like the internet in its infancy”

“To me, AI was like the internet in its infancy. It was going to be the future.”

In 2012, Noam found AerialX, a company developing proprietary Unmanned Aerial Vehicle (UAV) platforms powered by cutting-edge AI technology to tackle complex and challenging scenarios for homeland security, search and rescue, and defense applications. “We tried to solve problems initially for the US Special Forces, but now we have demand from all defense companies worldwide,” he says. Some of the tools in AerialX’s arsenal include the powerful DroneBullet, the first of its kind according to Kenig. The DroneBullet is a fully AI-based counter-drone solution that has a fully autonomous multi-rotor using kinetic energy to intercept and defeat hostile drones. Another solution is the Spotter and the SUAP (Small Unmanned Aerial Platform) which helped to assist the RCMP and Canadian Armed Forces in tactical scenarios.

What was it like working with local security forces and the military?

It was fascinating to see our solutions work in challenging environments. Our tools work outside of the team, and it’s basically the equivalent of taking one soldier off the unit. We developed small fully AI-based tactical drones that help them operate during the night and indoors. It was extremely fulfilling seeing our tools used for rescue missions, and knowing how our technologies were being used to save lives.

Vision Technologies for the Future

Another type of technology that will become highly coveted is advanced AI vision tech. Viooa is founded in 2015 by Kenig which is a “completely new type of imaging system and a next-generation security solution.” One of its latest solutions,  Ai-See is the first aerial-threats detection system based on a disruptive neuromorphic vision system that brings an entirely new breed of detection and tracking capabilities for difficult and hard to detect objects.

The Ai-See neuromorphic vision system uses a specially designed and customized asynchronous imaging sensor that replicates the benefits of biological retinas, combined with our advanced proprietary AI algorithm, this unique approach poses a paradigm shift in the way visual information is acquired.

As to how far nations would go with AI and surveillance, Kenig’s response was optimistic in terms of AI’s potential to increase public safety.

“The best thing about AI is that you can connect it to thousands of CTVs or cameras and the technology will analyze the footage in real-time and only alert the operator when there’s danger. The important thing to note here is that it’s not a human watching; everything is being collected and monitored autonomously in the background. As long as countries using these technologies are not trying to use the data to control people, I don’t think it’s an issue.”

Kenig uses Abu Dhabi as an example, stating the naturalness of having cameras everywhere along with cutting-edge AI. As a result, the UAE has been ranked of the safest countries in the world year after year.

“At the end of the day, it’s the choice between a safer city and the cost of privacy. But I think as long as the data stays within the AI, and not in the eyes of humans, it will be beneficial overall. Cities will start to move towards these technologies for greater safety.”

Would you say your technology is socially responsible?

“Absolutely. Our technology is used to detect and eliminate aerial threats. From protecting airports to outdoor spaces, events, law enforcement, and border protection. It was never designed for offense but rather defense.

People often have this fear of AI taking over the world—like killer robots, but the fact is, our technology is designed to assist and complete specific missions.”

It soon became clear throughout the course of our conversation that the true mitigation of risk against autonomous weapons, pertained to its built-in limitations.

Do you think it’s possible to mitigate the potential risks of autonomous weapons and drones as they become more accessible?

These days, AI is accessible by pretty much anyone. There’s open-source AI you can download off the internet.

AI is no longer only the domain of superpowers.

There are three levels of AI. The type that most people fear doesn’t exist yet, it’s called Artificial Super Intelligence (ASI), this is what we see in sci-fi. This is the highest level of AI where machines can become self-aware and surpass the capacity of human intelligence and ability.

Currently, the only type of AI that has been successfully realized is, Artificial Narrow Intelligence (ANI) where machines have a very narrow range of capabilities such that they can only operate alongside humans and perform specific missions and singular tasks.

Above that level, would be Artificial General Intelligence (AGI), which is on par with human capabilities. This is referred to as strong AI or deep AI, which is the concept of a machine with general intelligence that mimics human intelligence and/or behaviors, with the ability to learn and apply its intelligence to solve any problem. This is where are we heading, but we are still not there, it will take a few more good years to get there.

What do you think about the third revolution of warfare? We’re moving away from a type of warfare based on quantity toward information-based solutions.

The race is bigger than ever. Countries that hold the most powerful and advanced AI will have superiority, similar to that of nuclear arms. It becomes AI vs AI warfare. The difference is accessibility, which means countries will have to fight even harder to prevail. Right now, the US has a large military spending budget, yet I think they’re still trying to catch up. China also has a lot of AI developments coming up.

Warfare these days is based on precision, swarm formation, and inter collaboration of different assets.

Do you think there will ever be a ban on autonomous weapons? If so, how would this affect your business?

I believe that in the future, there may be some restrictions on offensive AI technologies, such as weaponized swarm drones that will operate fully autonomously with no man-in-the-loop, which means that they can make their own decisions and attack humans without any approval from human operators.

Right now, the AI is closely monitored and controlled by the operator and designed to take some of the load and improve the application’s performance.

If this tech reaches this stage of maturity where it requires regulation, it will actually be beneficial for us. People will want to invest more to ensure they’re holding the latest and greatest.

What does success personally mean to you and what’s the vision moving forward?

Success means the same thing to me as to my team. That is, seeing our technology save lives worldwide and to become a leader in AI; help support the Homeland and Security sector and our troops by coming up with cutting-edge solutions.

The Long Road to Innovation

It was clear that to truly achieve true aptitude in innovation, the key is to never stop perfecting the original solution. For the past decade, the teams at AerialX and Viooa have worked relentlessly at producing the best cutting-edge technologies. They are inching towards becoming leaders in the defense AI sector, which is something that will be extremely relevant and powerful in the coming years.

Being laser-focused on innovation proves to have deep rewards, primarily being able to provide life-saving solutions to thousands on and off the field.