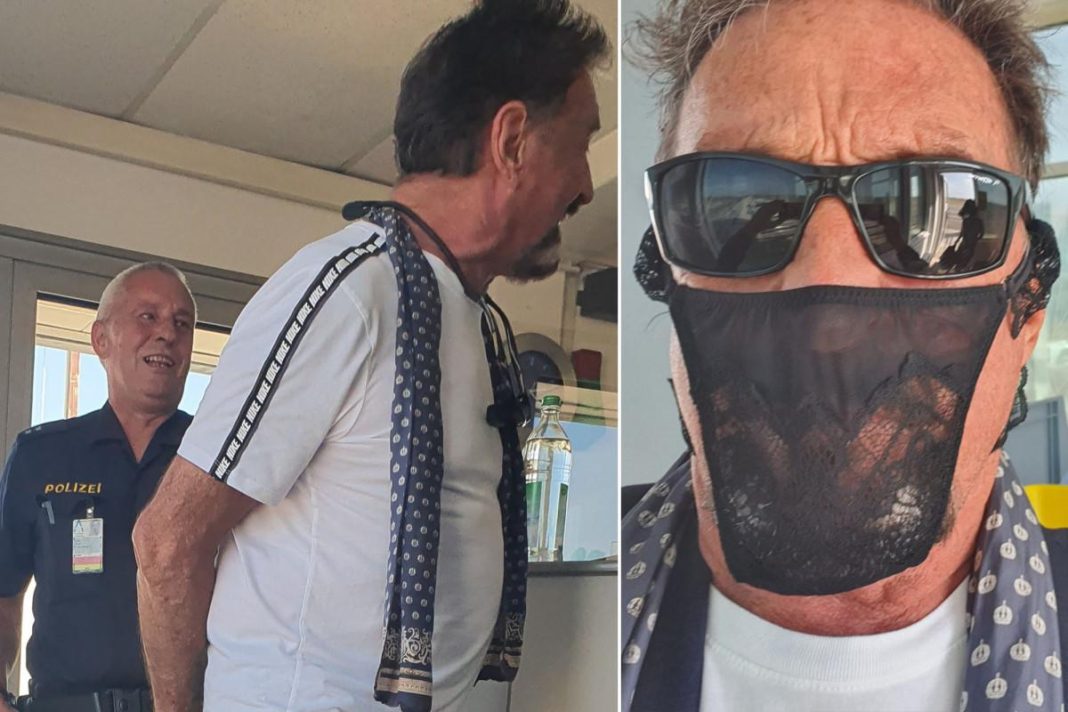 On Monday, John McAffee was arrested in Spain and he faces extradition to the United States after a tax evasion indictment was unsealed. According to the US Department of Justice and the Securities and Exchange Commission, the former tech guru’s recent career can be best described as a libertarian crypto-crime lord.

John McAfee was first arrested last year in the Dominican Republic , as he was suspected of carrying ammunition, high caliber weapons and military style gear on his yacht.  He was quickly released with no charges being filled against him.

And again last Monday, the one-time presidential candidate for the Libertarian party was arrested for real (and most probably for ever) in Spain.

Security software founder McAffee was hit with 10 counts of fraud and other charges for promoting cryptocurrency investments without disclosing that he was paid $23 million to do so. The DOJ said in a statement:

“John McAfee earned millions in income from promoting cryptocurrencies, consulting work, speaking engagements, and selling the rights to his life story for a documentaryFrom 2014 to 2018, McAfee allegedly failed to file tax returns, despite receiving considerable income from these sources.”

McAffee’s personal bodyguard Jimmy Watson, Jr was also charged for playing an unspecified role in the crypto-scheme. Federal prosecutors allege that the eccentric millionaire hid cryptocurrency, a yacht, and real estate from the US government’s auditors, as part of his criminal conspiracy to evade paying federal taxes.

However, the indictment doesn’t allege that McAffee had any connection or received any income from his company, yet he directed his income to be paid into bank accounts and cryptocurrency exchange accounts in the names of nominees, i.e. his personal bodyguard

Who am I voting for?

Why would I choose one person over another to control me?

Slave masters are the same.

We are numbers rather than people, irrespective of the master.

If you want to know more, check this out: Mcafee Unsealed Indictment 0.