In the coming days, French President Macron is expected to give the “go ahead” to the French Navy’s new generation aircraft carrier (Porte-Avions de Nouvelle Génération program = PANG) program. Here is what we know so far.

Several carrier configurations (conventional or nuclear-powered among other things) have been submitted to Emmanuel Macron for review. The French President will have the final word, based on recommendations by experts in the field. Of course the choice will not be limited to technical capabilities. Total cost of ownership and impact on the French shipbuilding industry (and jobs) are expected to be major decision factors as well, especially in these times of uncertainty due to the pandemic.

President Macron will also have to decide whether the PANG program is limited to a single replacement of the sole Charles de Gaulle nuclear-powered aircraft carrier or if the program calls for the construction of two flat-tops from the get go.

#PANG: What We Know About @MarineNationale ’s Future #AircraftCarrier 🇫🇷⚓️ In the coming days, French President Macron is expected to give the “go ahead” to the French Navy’s new generation aircraft carrier (PANG) program. Here is what we know so far 👇https://t.co/T5Sm1VKJzS

Charles de Gaulle is France’s only aircraft carrier. de Gaulle is nuclear powered, 856 feet long, and displaces 43,000 tons. The carrier is less than half the size of the U.S. Navy’s Nimitz and Ford-class carriers but can still carry up to 30 aircraft. The carrier’s primary striking power is provided by the Rafale-M multi-role fighter jet.

A feature that places the de Gaulle ahead of Chinese and even British aircraft carriers is the ability to operate E-2C Hawkeye airborne early warning and control planes. The E-2C vastly increases the usefulness of de Gaulle’s fighters, detecting enemies and then vectoring Rafales to intercept them beyond surface radar range.

During her speech for the first steel cut of the French Navy’s future fleet tankers, Florence Parly announced that the future aircraft carrier would be built at the the Chantiers de l’Atlantique shipyard in Saint-Nazaire:

“[…]It is here in Saint-Nazaire that the new generation aircraft carrier will be built, which will succeed the Charles de Gaulle in 2038. With 2036 in sight for the first sea trials, the preparatory work carried out by the DGA, the French Navy and manufacturers has already made it possible to sketch out the outlines of the new generation aircraft carrier. It is still too early to unveil precise drawings. We still have choices to make and decisions to take, particularly concerning the propulsion mode. I will soon be making proposals to the President of the Republic. But the project is already launched at full speed, entrusted to your unique know-how, in partnership with Naval Group and many other players in our industrial defense base. An aircraft carrier is one of the most complex objects to design and build, so we will need everyone.

PANG will become the core of the aircraft carrier group, which makes special demands on the electronic complex on board. Approximate requirements for radars and other systems are already known, but have not yet decided on the exact types of products. In general, there will be no fundamental differences from Charles de Gaulle – but only modern and newly developed systems will go into business.

The main means of observation and detection should be a radar all-round surveillance with AFAR. Other locators are also required, including to control the fire of specific combat systems. The ship needs communications and control equipment that meet the current requirements of the Navy. It should successfully work within the framework of a single information management field as its key element. 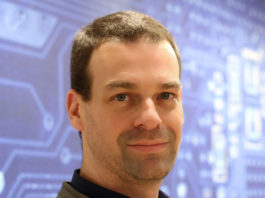 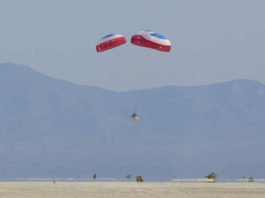 JM Agreda - May 26, 2022
ABOUT US
Businessner.com is a fast-growing business website with deep financial, media, tech, automotive, and other industry verticals.
FOLLOW US
© Copyright 2022 - Businessner.com by BIGPOSTING