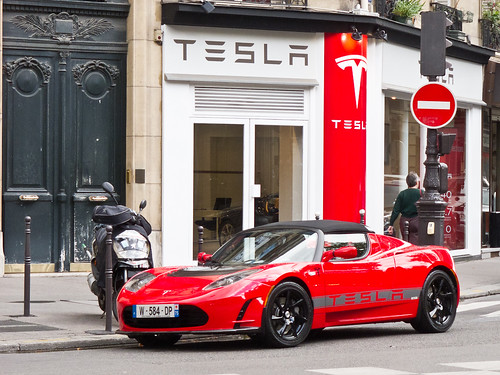 Tesla remains on top of the leaderboard when it comes to electric vehicle registration in the United States but new players in the EV industry are slowly chipping away at its market share.

According to S&P Global Mobility’s latest report, Elon Musk’s firm was responsible for 65% of the 525,000 EVs registered in the first nine months of 2022 in the United States.

This as emerging players in the EV industry are slowly gaining a foothold in the promising global e-vehicle industry.

“Much of Tesla’s share loss is to EVs available in a more accessible MSRP range – below $50,000, where Tesla does not yet truly compete,” the report revealed.

Regardless of brand or price point, early S&P Global Mobility data suggests consumers moving to electric vehicles in 2022 are largely doing so from Toyota and Honda – brands that have been unable to keep their internal combustion owners loyal until their own brands begin to participate more significantly in the EV transition.

Although both Japanese automakers established a strong reputation in the US with remarkable fuel efficiency and power-train innovations, such as electrification via hybrid, plug-in hybrid, and fuel-cell electric cars, both Honda and Toyota have been caught off guard in the context of 2022 market profitability.

Due in part to the fact that the majority of EVs are Teslas, most EVs continue to be purchased for higher MSRPs and by purchasers with greater incomes than the demographic profile for all light vehicle registrations.

Nearly 340,000 of the more than 525,000 EVs registered in the first nine months of 2022 were Teslas. 46 more nameplates are distributed quite irregularly across the remaining volume. The trends might, however, alter in the next few years as more people start purchasing EVs.

Moreover, the company as with other vehicle brands also faced problems with the supply chain and a lack of essential materials early in the year.

The auto industry found it difficult to respond to growing consumer demand as shown in the delays in the delivery of several major brands. At the same time, ongoing inflation and the current slowdown in the economy also have affected sales with a drop in demand.

However, Tesla stated that it is focusing on increasing car production and that challenges with battery materials and more expensive and sophisticated delivery systems for vehicles have been major roadblocks.

Future challenges to Tesla’s ability to maintain a dominating market share is also expected to come from expanding customer choice and interest in EVs.

The number of battery-electric nameplates is expected to increase from 48 at the present to 159 by the end of 2025, according to S&P Global Mobility, at a rate quicker than Tesla will be able to expand its manufacturing plants.

During its third-quarter earnings call in September, Tesla CEO Elon Musk reiterated that the business is developing a car with a lower starting price than the Model 3, albeit the exact launch date is still unknown.

In 2023, a Cybertruck is also anticipated to be added to Tesla’s model roster, and ultimately a Roadster, while the majority of the company’s current model selection will still be available in 2025.

To avoid feeling too awful for Tesla, Stephanie Brinley, associate director, AutoIntelligence at S&P Global Mobility, said, “Remember that the brand will continue to see unit sales improve, even if share decreases.”

“Tesla will continue to dominate the EV market in 2022 as long as its rivals are constrained by manufacturing capacity,” Brinley said.

In 2022, Tesla constructed two new assembly facilities, and it is now seeking a location for its upcoming North American facility, the company announced in its third-quarter deliverable report.

And although rival automakers’ production expansions may sooner rather than later lose this edge, Tesla is currently the brand best positioned to capitalize on the sudden rise in EV demand.