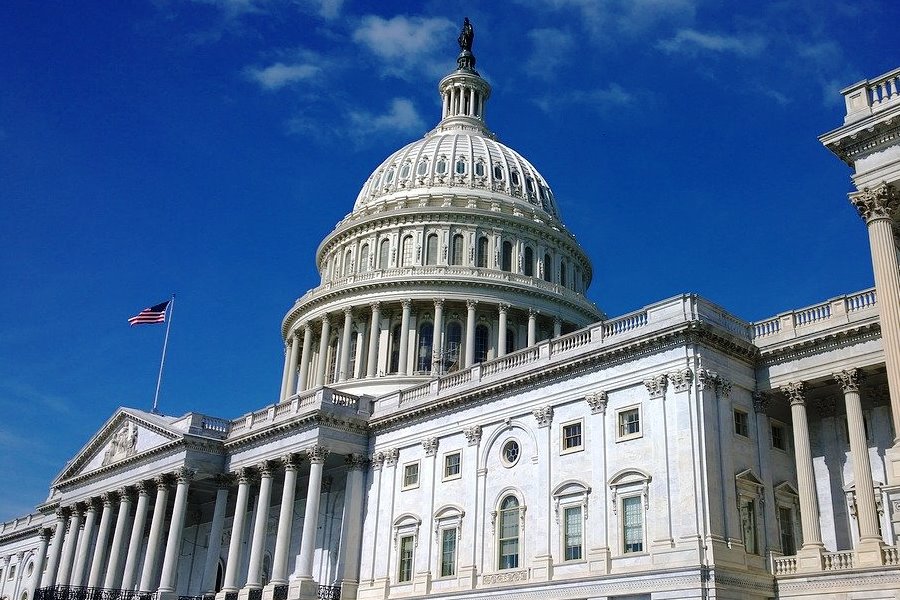 (UPDATED) A female protester was initially pronounced dead after a violent mob of pro-Trump supporters stormed the Halls of the US Congress on Wednesday (January 6).

Washington DC police, however,  say three more people have died during the storming of the Capitol building, a CNN report revealed.

The three other people who died aside from the woman expired as a result of “medical emergencies”. As of press time, more than 52 people have been arrested with 47 of those arrests due to curfew violations.

Law enforcers secured the US Capitol including members of the House of Representatives and Senate following violent riots that occurred in Capitol Hill that prompted several politicians to temporarily halt electoral vote counting proceedings.

US Vice President Mike Pence, who had been presiding over the count of Electoral College votes, was among those rushed out of the Senate as the complex went into lockdown as Trump supporters began breaching the complex.

The violent Pro-Trump mob which stormed the Capitol conducted looting and destroyed several government properties while law enforcers took time to assemble and secured the Halls of Congress.

Protesters for a time freely roamed and looted the Capitol complex, including the Senate chambers, as law enforcers scramble to pacify the crowds.

However, as soon as law enforcers secured the Capitol, members of the US House of Representatives and Senate resumed the process of electoral vote counting which paves way for the confirmation of President-elect Joe Biden’s win in the 2020 Presidential elections.

Law enforcers reported that a woman was shot inside the Capitol building during the commotion and had died. A video circulating on social media showed a woman falling from the window of a doorway in the Capitol, apparently after being shot.

Trump, in a rally held earlier outside the White House, had encouraged thousands of supporters to march into the Capitol to protest what historically have been ceremonial proceedings.

But  Trump’s moves were cut short when his ally, Vice-President Pence, refused to go along with his demands to block the confirmation of Biden’s Electoral College victory.

Trump would later on after the chaos and violence at Capitol Hill has already started called on his supporters to remain peaceful.

Social media platform Twitter also banned Trump from tweeting for the next 12 hours and also removed tweets made by the president that has incited many of his supporters into storming the Halls of Congress.

President-elect Joe Biden raised scathing messages to hundreds of pro-Trump rioters who continued to stay and conduct riots within the premises of Congress.

“Let me be very clear: The scenes of chaos at the Capitol do not reflect the true America, do not represent who we are,” Biden said.

“I’m genuinely shocked and saddened that our nation, so long a beacon of hope and light for democracy, has come to such a dark moment,” the president-elect said.

“Let me be very clear: the scenes of chaos at the Capitol do not represent who we are. What we are seeing is a small number of extremists dedicated to lawlessness. This is not dissent, it’s disorder. It borders on sedition, and it must end. Now.”

The president-elect also called on Trump to make a ‘public and vocal announcement’ and ask his supporters to leave the US Capitol.

“I call on President Trump to go on national television now, to fulfill his oath and defend the Constitution and demand an end to this siege,” Biden stressed.