Audi has recently partnered with state-owned FAW (First Automobile Works) as it sets sights on the lucrative electric vehicle market in China.

In a statement released on Tuesday (October  13), Audi said it is expanding its presence in China by signing a Memorandum of Understanding with state-owned FAW for joint production of electric vehicles based on the Premium Platform Electric (PPE).

The PPE platform was developed jointly with Porsche to further advance the transformation of its largest market.

The German automaker marked the milestone with the signing of the MoU during the Germany-China Automobile Conference taking place in Changchun in Northern China.

As a result of the partnership, Audi will bring the PPE platform to China while producing several all-electric Audi models for the Chinese market starting in 2024.

“This decision emphasizes the strategic importance of the Chinese market. We are thus actively pushing forward with innovations locally,” said Markus Duesmann, Chairman of the Board of Management of AUDI AG and responsible for the company’s China-business.

With the signing of the MoU, Audi is affirming its cooperation with its longstanding joint-venture partner FAW.

While the plans for the new company formed after the partnership is still being developed, the production of all-electric vehicles is already scheduled to start in 2024.

Audi joins other e-vehicle makers in expanding to China 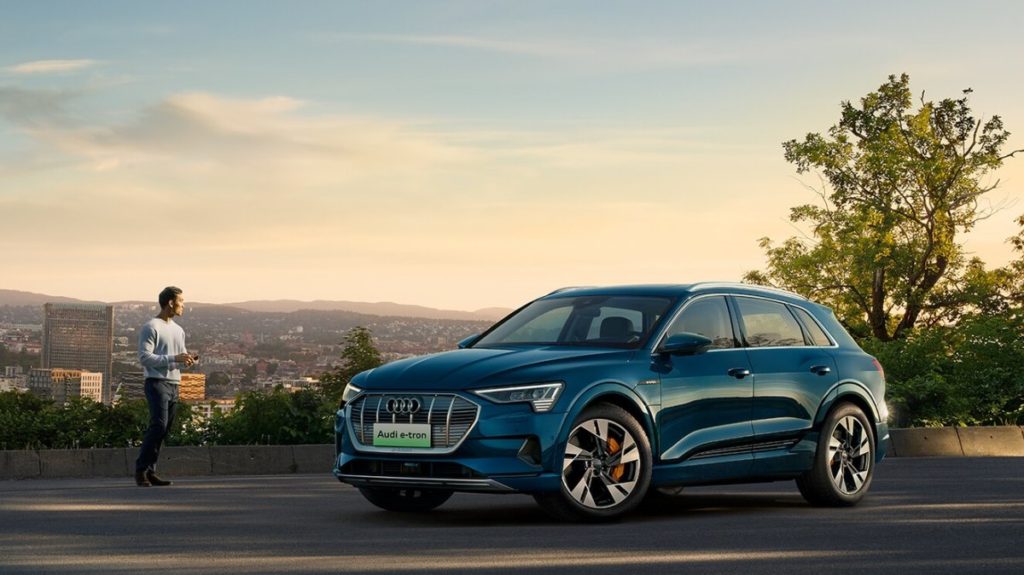 Audi, as part of the Volkswagen Group, has joined the flow of various automakers like Tesla to further advance its aim of capturing the growing electric vehicle market in mainland China. With growing concerns about air pollution, many Chinese consumers are seriously considering the purchase of electric vehicles.

“This is a further milestone in our electrification strategy for the Chinese market. We are also confirming our commitment both to our longstanding Chinese partner FAW and to our activities in China, which we are now taking to a new level,” Duesmann said.

Werner Eichhorn, President of Audi China, said the electric initiative has already begun as Audi and FAW are jointly producing the Q2L e-tron and the plug-in hybrid vehicle called the A6L TFSIe.

In addition, the previously imported Audi e-tron has already been produced in Changchun since the end of September. In the coming years, Audi will offer or localize further fully electric models of the e-tron family in China. The German company also plans to generate approximately one-third of its unit sales in China with electrified cars in 2025.

For the first nine months of the year, the German premium car company has delivered 512,081 vehicles to customers in China which is 4.5 percent higher than the same period last year.

Despite production disruptions due to the outbreak of the COVID-19 pandemic, Audi has significantly achieved its best sales result in China in its three decades of history.

Audi already produces at four locations in China in the FAW-VW joint venture. These factories are located in Changchun, Foshan, Tianjin, and Qingdao, with a total production capacity of approximately 700,000 vehicles.