Beirut explosion occurred because of the stored ammonium nitrate. It was approximately 3000kg of ammonium nitrate that was just lying in a warehouse. This led to the Explosion.

Unfortunately, similar incidents have also happened in the past. The same chemical ammonium nitrate was lying somewhere and exploded. Many incidents like this can be found in history. Around 600 unexpected explosions have been recorded in the history. Amazingly, one-third of them were because of the negligence of the government. It did not do the proper arrangement to handle the explosive substances. This led to the killing of more than 30,000 people according to the Small Arms Survey.

The biggest mishap happened in 2012. In Brazzaville, Congo, more than 500 people died from the burning of an explosive compound.

Simon Conway calls these storage places as arms depots and also criticizes the government that it should consider this unsafe places having deadly potential. He adds that these storage warehouses of stored explosive material are not considered a threat unless they prove themselves by exploding.

Related: Beirut Blast: Lebanon in grief after a massive explosion

These places where the explosive material is stored for trade and other general purposes have no strict security. Anyone can reach them. They are mishandled and mismanaged unless we face events like Beirut Explosion.

Experts with skills to deal with this deadly chemical are the need of the time. The government should remove these kinds of substances as soon as the purpose is clear. It must be stored far away from the general public. Even if some incident like Beirut Explosion happened, the public is safe.

After Explosion, what other countries are at risk?

The Philippines, Guinea-Bissau, Libya, Ukraine, Kazakhstan, and Uzbekistan are some of the countries at major risk of incidents just like Beirut. The reason is that these countries have faced unexpected explosions in the past. They still have a huge storage of munition stored at known and unknown places. So, it is time to take care of the explosive material and take them away from the public. We must act intelligently especially after Beirut Explosion. 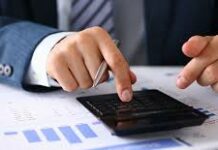 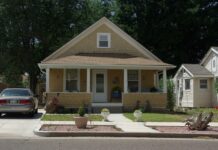