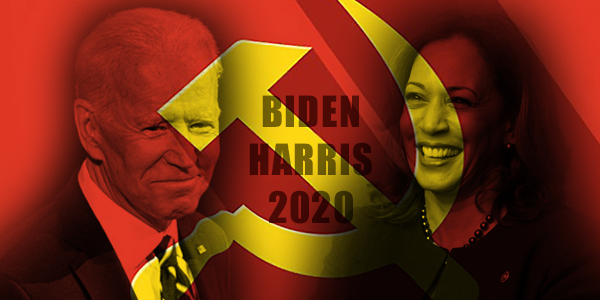 Joe Biden, the cognitively declining POTUS, signed today a few Executive Orders aimed at curbing gun violence. In reality, the EOs are designed to destroy the US Constitution, more precisely the second amendment and the Bill of Rights.

Basically, what Joe Biden promised during the campaign and delivered today with a few strokes of a pen translates into turning many American gun owners into felons.

There are no less than 6 EOs related to guns:

We are experiencing a growing problem: criminals are buying kits containing nearly all of the components and directions for finishing a firearm within as little as 30 minutes and using these firearms to commit crimes. When these firearms turn up at crime scenes, they often cannot be traced by law enforcement due to the lack of a serial number. The Justice Department will issue a proposed rule to help stop the proliferation of these firearms.

2.) Measure the “problem of gun violence” in a “data driven way.”

4.) The Justice Department, within 60 days, will publish model “red flag” legislation for states.

From the White House:

Red flag laws allow family members or law enforcement to petition for a court order temporarily barring people in crisis from accessing firearms if they present a danger to themselves or others. The President urges Congress to pass an appropriate national “red flag” law, as well as legislation incentivizing states to pass “red flag” laws of their own. In the interim, the Justice Department’s published model legislation will make it easier for states that want to adopt red flag laws to do so.

5.) The Administration is investing in evidence-based community violence interventions.

6.) The President will nominate David Chipman to serve as Director of the Bureau of Alcohol, Tobacco, and Firearms.

According to the White House:

ATF is the key agency enforcing our gun laws, and it needs a confirmed director in order to do the job to the best of its ability. But ATF has not had a confirmed director since 2015. Chipman served at ATF for 25 years and now works to advance commonsense gun safety laws.

Pres. Biden: "Whether Congress acts or not, I’m going to use all the resources at my disposal as president to keep the American people safe from gun violence." pic.twitter.com/82PafLsLvm

Joe Biden has said during a presser last week that the US Congress should ban assault weapons and high capacity magazines.

How did this happen? The Supreme Court happened; a 5 to 4 vote can edit the constitution in any manner they want.

It doesn’t say what you think it says. It says what they tell you it says.

Republican presidents including Trump have missed the boat on what they should be selecting for when they’re looking for a Scotus judge. Trump appointed who he did because he liked the legal thinking of the individuals.

That will not work in our current environment. If there’s ever another conservative appointment to the Supreme Court it needs to be understood that this person is hitting Omaha beach and must be willing to lay down their life in the cause of making the right decisions.

We can’t afford to appoint people that want their kids to get into good schools and have nice careers and have a quiet happy life.  The president who appoints the next conservative to the court needs to say point blank, you understand you’re giving up your life as you have known it don’t you? If they don’t get that point then keep looking.

America doesn’t have a gun problem; America has a “diversity” problem.

Nothing that Biden proposed will actually curb the epidemic levels of black crime, nor is there any plausible argument that the measures he is taking have any connection to the recent onslaught of criminal violence.

About 95% of gun deaths are from handguns, and about 85% of the shooters are black.