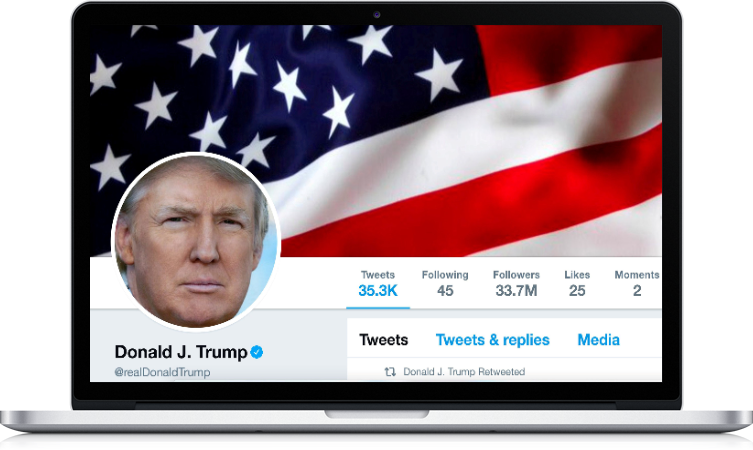 Tesla CEO Elon Musk says he could lift Twitter’s block on former US President Donald Trump if his $44 billion bid to buy the social media platform is completed.

Musk spoke virtually during the Financial Times Future of the Car symposium. He called Twitter’s ban on Trump a morally awful move and very dumb. Permanent Twitter account suspensions, he believes, ought to be infrequent and designated for scammers or programmed bots.

The billionaire believes it was an error to ban Trump since it disenfranchised a big portion of the public and didn’t result in Trump losing his voice. So, in his opinion, this is likely to be harsher than creating a single platform where everybody can debate. He added that he thought he would lift the indefinite ban.

Musk had previously slammed Twitter’s content regulation policies, such as the Trump suspension, but had largely avoided declaring what he could do regarding Trump’s handle until Financial Times automotive writer Peter Campbell asked him for additional information. After January 6, 2021, insurgency at the US Capitol, Twitter deleted Trump’s account for “incitement of violence.”

Last month Trump told Fox News that even if Twitter restored his account, he won’t return to the platform but instead focus on his social media site, Truth Social. Troubles have plagued Truth Social since its inception at the start of the year.

Trump told Fox News that he wasn’t returning to Twitter and would rather stay in Truth. he explained that he was optimistic that Musk would acquire Twitter and improve the platform since he is a good person, but he will remain with Truth Social.

Trump’s Twitter character was a mixture of policy pronouncements, frequently out from nowhere, media complaints, disparagement of women, immigrants, and his supposed opponents, and appreciation for his followers, filled with exclamation points, all-caps, and one-word assertions like “Sad!”

Ahead of the ban, Trump was on a campaign glorifying violence before the US Capitol insurgence and had mounted an online campaign of armed protests before President-elect Joe Biden’s inauguration. The platform said that his statements were a celebration of violence.

Musk’s comments raise the possibility that those blocked, in addition to Trump, could return. QAnon supporters, COVID doubters, neo-Nazis, and popular reality tv star Tila Tequila, suspended for hateful speech, are among those who have been banned from the platform.

Sidney Powell and Michael Flynn, Lin Wood, and Rep. Marjorie Taylor Greene, permanently banned from Twitter in January for frequently promoting falsehoods regarding COVID-19 and vaccination safety, are among Trump’s allies who have been blacklisted.

Far-right trolls such as Baked Alaska, who pushed anti-Semitic stereotypes and awaits charges related to his role in the January 6 incident, have been blocked, as have white supremacist David Duke alongside the violent Proud Boys group.

Equally, conspiracy theorists have been expelled. Two years ago, David Icke was banned from the site for distributing incorrect facts on COVID-19, particularly allegations that 5G towers and Jews caused the outbreak. Icke is a leading proponent of the theory that reptilian persons have seized the world by impersonating human leaders.

According to Musk, Twitter presently has a great liberal tilt due to its San Francisco location. He said it is way too random and feels Twitter has to be more equally handed, adding that the apparent prejudice stops it from developing credibility in the remainder of the US and globally.

Previous articleApple Pulls the Plug on the Iconic iPod After 20 Years
Next articleToyota Forecasts 20% Profit Slump Due to Parts Shortages, Covid Lockdowns