Elon Musk was shopping. With a nearly 10% stake, he is Twitter’s largest shareholder 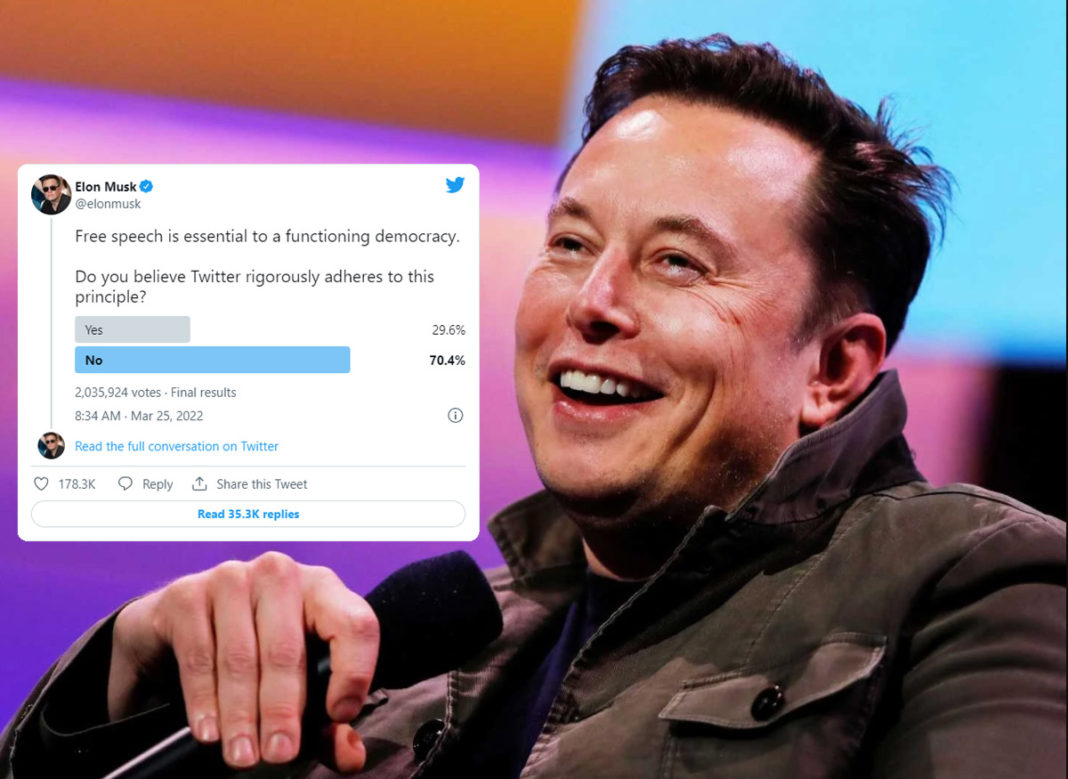 It wouldn’t be the first time the boss and founder of Tesla Motors and SpaceX has asked the public for their opinion and then “acted” on it. His next play lasted two weeks.

On Friday, March 25, he asked fans if they thought freedom of speech worked on Twitter. The result of the poll was said to have a major impact. He has hinted in the past that he would set up his own social network, following Trump’s example, but where anyone could post really anything.

Two-thirds of the people who responded to his poll said that Twitter does not respect the principles of free speech. In theory, this could have been the impetus for an alternative, but the result was more surprising. Musk has now bought a large part of Twitter.

Free speech is essential to a functioning democracy.

Do you believe Twitter rigorously adheres to this principle?

According to Bloomberg, he now owns 73.5 million shares (9.2% stake) worth $2.89 billion. That makes him the largest shareholder, but still a minority with no influence to make any changes in the company. So the question is whether he wants to take another stake or if he has merely confirmed that he really believes in the network by buying it.

“It looks like Elon has his eyes laser set on Twitter,” said Wedbush analyst Dan Ives in a research note, adding that the stake could lead to a “more aggressive ownership role.” 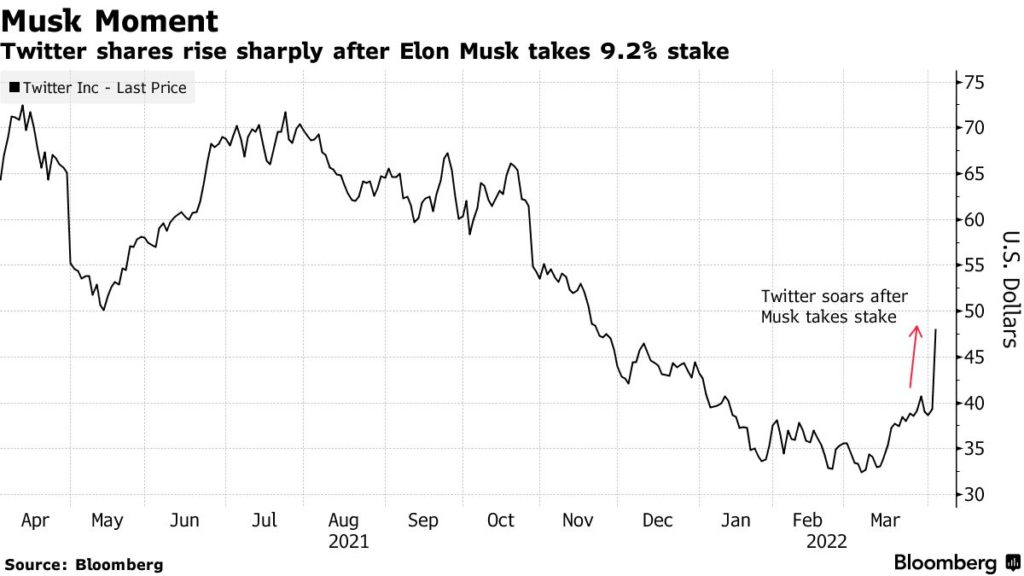 For Musk, Twitter is the main communication channel. With 80 million followers, he has the eighth most successful account, with only former US presidents, female singers, Ronaldo and Justin Bieber ahead of him.