Tesla manufactured and delivered fewer electric vehicles than projected due to supply chain challenges and a slow ramp-up at new operations in Texas and Berlin during the first quarter of 2022.

The EV giant in a statement Saturday reported that they manufactured 305,000 vehicles and delivered 310,048 vehicles despite challenges caused by factory shutdowns and the continuing supply chain shortage experienced earlier this year.

That’s the most units the carmaker has ever shipped in a quarter, outnumbering its Q4 2021 record by a few thousand vehicles. Nonetheless, as compared to analyst projections, Tesla’s Q1 2022 results are mixed.

As conventional automakers such as Ford, Volkswagen, General Motors, Stellantis, Toyota, and Hyundai struggle to catch up with their own electric car lineups, Tesla remains the top-selling EV maker in the world.

The automaker blamed “ongoing supply chain challenges and factory shutdowns” for producing 4,641 fewer cars than it shipped during the quarter.

According to FactSet projections as of March 31, analysts predicted 317,000 automobiles to be delivered in the first three months of 2022, CNBC reports.  The forecasts also varied from a low of 278,000 to a high of 357,000 car deliveries.

Last March 22, the American EV maker also celebrated the opening of a new facility in Brandenburg, Germany, with a ribbon-cutting event. Tesla is also planning a grand opening and “cyber rodeo” celebration for a new vehicle assembly factory it is building in Austin, Texas, on April 7.

Tesla formally relocated its headquarters to Austin on Dec. 1, although it continues to run its first electric vehicle manufacturing in Fremont, California.

Despite the snags, Tesla CEO Elon Musk responded to a congratulatory tweet about the deliveries on Twitter. 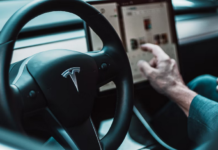 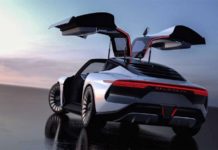