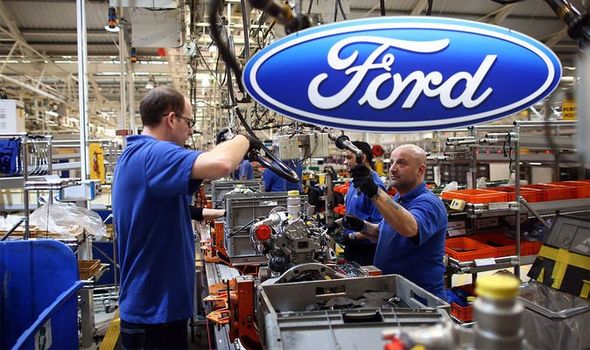 Due to the global economic slowdown which is the logical consequence of the government’s reaction to the Covid-19 health crisis, the auto industry (among others) is struggling to stay afloat, and today we just got word about Ford’s plan to cut 10,000 positions and close six factories in Europe.

For the last 3 months, the auto industry was struggling to survive to what has been described as the worst recession in modern history, even for the famously capital intensive sector. During a JP Morgan conference presentation on Wednesday, Ford Europe announced its latest restructuring plan, as the company is desperately trying to stay afloat and keep its global business going forward. 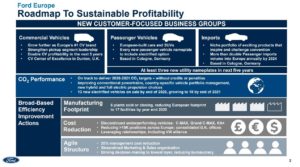 As per the “Ford Europe: Road to Sustainable Profitability” slide, the company also disclosed its plans to ditch a number of “under-performing” models like C-MAX and Grand C-Max, and to leverage its business-relation with the German automaker Volkswagen.

Moreover, Ford is working hard at staying on track on its 2020-2021 CO2 targets without credits or penalties, and announced thirteen new EV models by the end of 2020, up from the current five.

These ambitious plans were announced just a few days after former CEO Jim Hackett was replaced on a very short notice by Jim Farley, who failed to inspire confidence during his very short tenure. This is the second CEO change for the company this year, as per Financial Times, and the fourth CEO since 2008.

Ford company is currently in the midst of a huge $11 billion restructuring phase, that’s hoped to accelerate the company’s focus on new vehicles, with an emphasis on EVs and hybrids. Jim Hackett started his job as CEO in 2017 and he will be effectively retired in a couple of months, in October the current year. GE is also following into Ford’s footsteps, as its CEO is going to be replaced after just 2 years on the job.