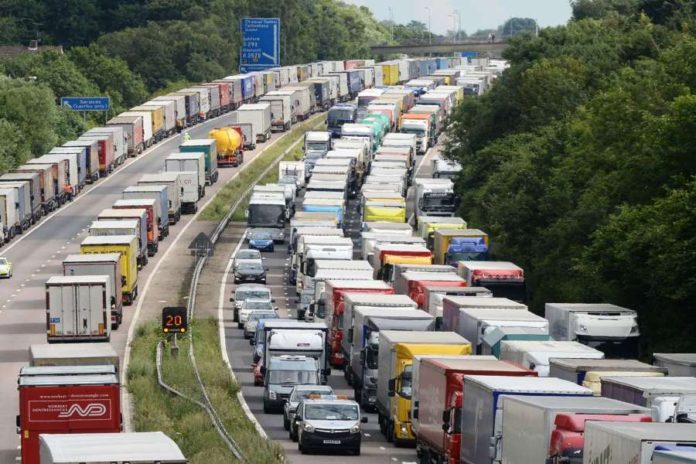 France has agreed to ease its travel ban to and from the UK as it requires negative Covid-19 tests to truckers and haulers entering the country.

Thousands of trucks have been stranded since Sunday as European borders including that of France have started closing their borders to UK travelers including truckers and haulers.

Thousands of stranded truck drivers at the British port of Dover vented their anger Wednesday as they struggled to access coronavirus tests after France agreed to ease a blockade despite fears over a new Covid-19 variant.

France and the UK struck a deal Tuesday evening to allow truck drivers, French citizens, and residents across the English Channel.

The recent deal was made after days of chaos and tension at the border which sparked panic buying in the UK due to fears of food and medicine shortages, especially during the holidays.

The deal requires people to have proof of a negative coronavirus test conducted in the past 72 hours. The requirement has resulted in thousands of truck drivers rushing to get medical clearances and negative tests with the UK’s National Health Service.

On Wednesday, following a tense situation among truck drivers and haulers bringing goods in and out of the UK, French authorities advised affected truckers to get tested in the NHS or at Kent’s Manston Airport, CNN reported.

The tension was high between some drivers and officials, with crowds of haulers shouting and arguing with authorities which left traffic at a standstill in the borders.

Truckers also called on authorities to provide access to testing facilities at the port of Dover on Wednesday.

The crisis at the border is evident from the ground — where angry disputes between officials and drivers took place on Wednesday — and from the air, with images of seemingly endless lines of trucks splashed across British newspapers.

Almost 5,000 trucks are waiting to cross the border according to the Kent Resilience Forum, which tackles emergencies, in scenes that could foreshadow further Brexit-related turmoil in the New Year.

On Tuesday, Highways England estimated there were another 900 in gridlock on the nearby M20 motorway, and hundreds more have been stuck at Manston Airport, which was brought into use as a parking lot.

The period leading up to Christmas is traditionally a busy time for the trade, as fresh produce from Europe is imported for the festive period.

Several lorries have also been stuck at Manston airfield after the closure of the borders amid concern over a fast-spreading virus variant.

Around 50 countries also imposed a ban after the UK warned of a new, fast-spreading variant of coronavirus.

Since the news of the new Covid-19 variant broke out, soldiers have also joined NHS Test and Trace staff to carry out rapid tests on thousands of stranded lorry drivers. 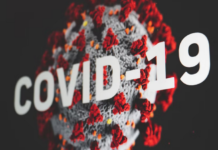