Atsushi Shimizu, founder of Challenergy is designing a robust wind turbine much more effective than the traditional ones 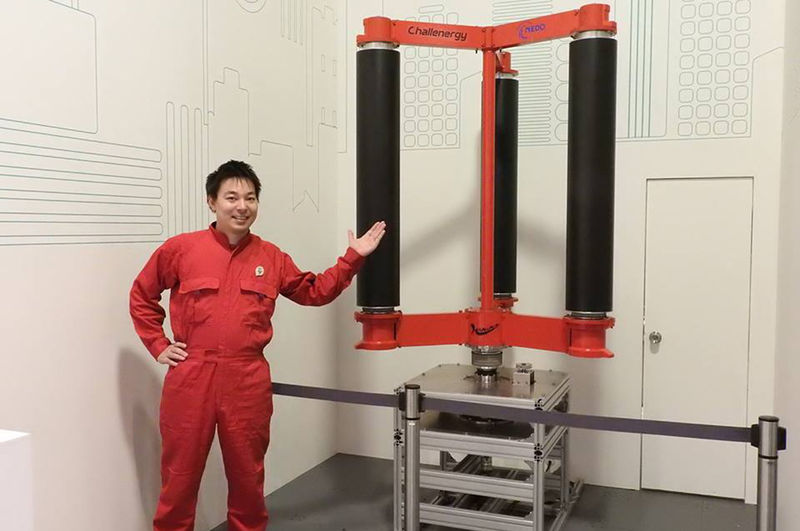 Japanese engineers are working on hurricane resistant wind turbines to endure the worst natural disasters, according to BBC.

Countries in the Eastern Asian region like Japan and the Philippines are known for experiencing regular typhoons. The Philippines faced the deadliest tropical cyclone recorded ever in 2013 called Haiyan super cyclone. The typhoon reached a speed of 314km/hour, killing more than 6,000 people.

However, the cyclone hit areas saw almost two months of power-cut. Some local residents claimed that it might be as long as three months.

So, why the country failed to provide electricity supply when the inhabitants needed it most?

Experts believe that being an island country it is impossible for the Philippines government to quickly restore electricity supply in the cyclone-hit areas.

Before 6am, I heard my mum shouting and screaming. I noticed the water in our house already. The waves were very high. – Engranes, Eastern Philippines inhabitant remembering a deadly cyclone

Latest Stories: Cryptocurrency Savings Account: How this can Disrupt the Banking System?

Challenergy, a Tokyo-based startup is behind the hurricane resistant wind turbines. Since Japan has the technology and resources to fight against disasters Challenergy wants to take the opportunity.

Founder Atsushi Shimizu has the vision to operate specially designed turbines in the typhoon-prone areas. This will ensure the electricity supply even after the natural disasters hit the ground.

Mr. Shimizu said that a tsunami in 2011 inspired him to work for the people who have to live without electricity for months because of natural disasters. In 2019, another strong typhoon hit the Japanese mainland leaving 270,000 households without electricity.

To protect the locals from power shortage Kobayashi developed wind firms in Kyushu. Unfortunately, it failed due to wind turbulence.

However, Shimizu argued that better design can change the situation forever. For instance, he and his engineers designed a vertical axis turbine. This will create a Magnus effect for the turbines, a phenomenon of physics.

With the new technology, Shimizu is expecting that millions of people will get benefited from the typhoon-prone regions.

Read More: Tesla is Ready To Make the “Super Liquidity Event” By Hitting the S&P 500 Index