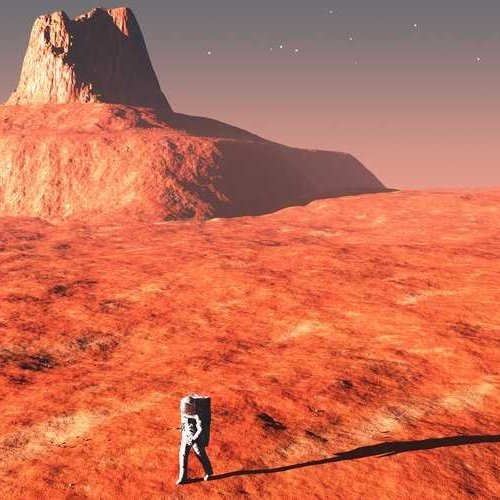 Elon Musk is one of the richest men on planet Earth and according to a statement made recently on  ExploreMars.org Twitch stream, he intends to put humans on Mars (the planet, not the candy bar) as soon as 2024. If this sounds like tripping, it probably is, considering the fact that America was the only superpower to put a man on the Moon, which is much closer to Earth than Mars, and that happened more than forty years ago.

During a virtual appearance, Elon Musk has said that SpaceX is currently planning to take astronauts to Mars, Moon and beyond, whatever that means. To achieve this bold goal to go where no one has gone before, SpaceX is building a Starship rocket prototype, with the end-game being to build a city on Mars. With humans living in it, self sustaining and all that.

If you think these are the ramblings of a Lunatic, here’s the exact quote from Elon himself:

“We’ve got to build the city and get to the point where it’s self-sustaining.

I want to emphasize, this is a very hard and dangerous and difficult thing. “Not for the faint of heart. Good chance you’ll die. And it’s going to be tough, tough going, but it’ll be pretty glorious if it works out.”

To reach the Moon, Mars and “beyond”, SpaceX will require a super heavy rocket booster, and according to Musk, this rocket is already in its final testing phase, and ready to go by October, the current year. The first orbital flight of the Starship rocket is expected in 2021, after SpaceX completed a successful second hop test for its Starship prototype earlier in September.

“This is uncharted territory. Nobody’s ever made a full reusable orbital rocket. Just having that at all is pretty significant.”

SpaceX is planning to send a Japanese billionaire and 6 to 8 other people to the Moon in 2022, and after that, cargo missions to Mars and a manned Mars expedition by 2024. Elon is looking to build 1,000 (yes, you read that right) Starships over a ten year period at a facility in South Texas, and that means 100 rockets per year, which is a lot. The end goal is to launch 1,000 of them to Mars per year, at an average of 3 Starships per day.

Musk plans to take 100 passengers on each trip to Mars, in order to establish a Mars megacity in the next 9 to 10 years.