Unsafe and Reckless Driving by Young Men During the Pandemic: NHTSA

Youths in the rural areas are practicing unsafe and reckless driving since the spread of the COVID Pandemic, according to the National Highway Traffic Safety Administration (NHTSA) data.

NHTSA published a report called “Early Estimate of Motor Vehicle Traffic Fatalities for the First Half (Jan–Jun) of 2020. The report shows that “The fatality rate per 100 million VMT shows an increase during April, May, and June of 2020 as compared to the corresponding month in 2019.”

But why the numbers increased when the world was going through a lockdown phase? 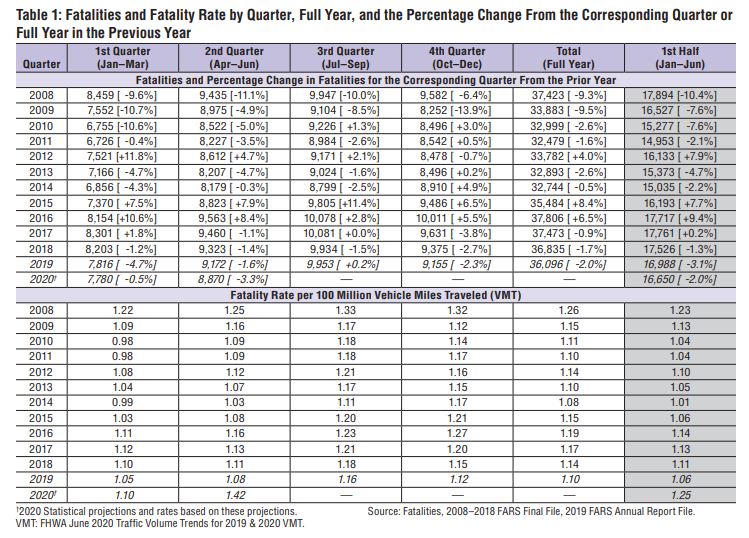 A recent report by Car Driver showed that American drivers picked up bad driving habits once the country declared its first lockdown in March. To stop the spread of Coronavirus the law enforcement activities were reduced significantly.

Many drivers took the chance and gave up seatbelts. Others took drugs or alcohol while driving.

This made the U.S roads more dangerous in the COVID era than the previous times.

NHTSA associate administrator Nanda Srinivasan pointed out seatbelts, drugs, and alcohol as the cause of the pandemic-related driving death rate increase.

Since the NHTSA showed an increased death rate per miles traveled, reporters went in-depth to analyze the actual situation. They found the drug and alcohol levels of the injured drivers were really high. If you are looking for a way for new drivers in your family to learn the rules of the road then try and find a company that offers apps to help new drivers learn. Zutobi offers a DMV test app that any new driver can download to learn more about the rules of the road.

“[In April], we saw troubling signs. Speeding across the country seemed to be going up at the time, as quoted by several newspapers. More drivers appeared to be failing to put on seatbelts. And we had troubling early indications that drug and alcohol use was up.”

NHTSA also claimed that in most of the cases, the blood of the drivers was tested for alcohol and drugs after the accidents and showed positive results. The alcohol positive case numbers increased by almost 5% during the lockdown period.

Drug usage and driving also raised by 14% at the same time. The analysis also found that males had more positive results compared to the female drivers.

Read More: How Remote Work Increased the Demand for Plastic-Surgery