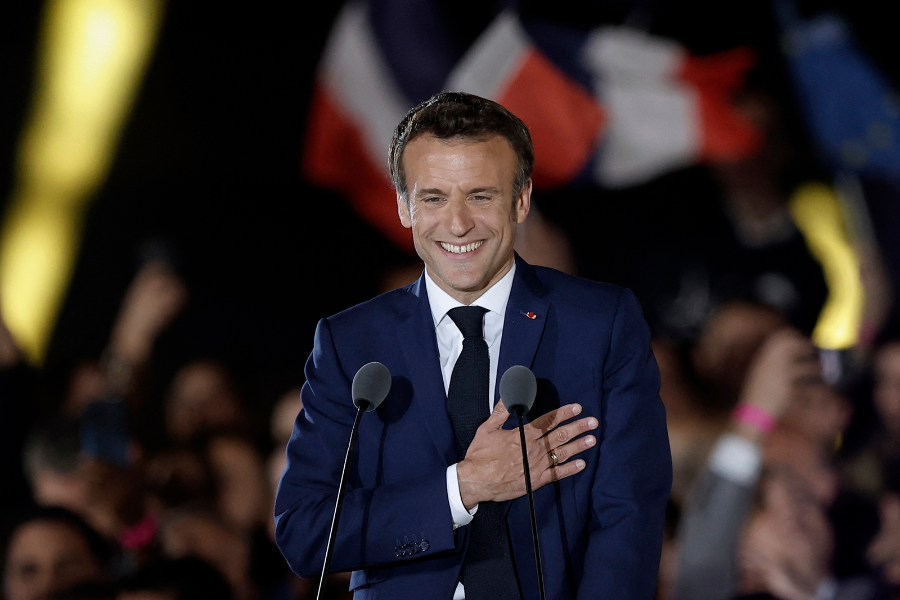 French President Emmanuel Macron won a convincing victory over his far-right opponent Marine Le Pen in France’s election on Sunday, securing a second term and averting what could have been a political disaster in the Eurozone.

Despite this, the far-right opposition had its best showing in a presidential election. Le Pen won more than 12 million votes in a historic high for her anti-immigration party.

During Le Pen’s campaign, she vowed to weaken France’s ties with the EU, NATO, and Germany. These moves as what many of the EU’s leaders claimed would have shattered Europe’s security architecture at a time when the continent is dealing with its worst conflict since World War II. The far-right opposition leader also spoke out against EU sanctions on Russian energy supplies and was chastised during the campaign for her previous friendship with the Kremlin.

Initial polling data from France’s runoff election on Sunday showed that Macron is leading in his bid for a second five-year term, defeating his rival Le Pen in an election that has global ramifications due to the foreign policy contrasts between the two rivals.

In a Reuters report, Macron, while addressing a victory rally at the foot of the Eiffel Tower, said some compatriots voted for him not out of support for his ideas but to block those of the extreme right.

“We will have to be benevolent and respectful because our country is riddled with so many doubts, so many divisions. No one will be left by the wayside. It will be up to us to work together to achieve this unity which will enable us to live happier lives in France. The years to come will certainly not be quiet, but they will be historic,” Macron said.

With over 95 percent of the ballots recorded on Sunday night, Macron became the first French president to win re-election in 20 years, winning by a comfortable majority of 57 percent against Le Pen’s 43 percent.

The dip in Macron’s popularity compared to five years ago shows that the reelected president will face a difficult task in rallying support. Many French voters regarded the rematch to be less intriguing than the 2017 election, when Macron was still an unknown politician.

After a campaign that the French president billed in its last days as a “fight for Europe” against Le Pen, Macron’s triumph was quickly applauded by his allies in the EU.

“Bravo Emmanuel. In this turbulent period, we need a solid Europe and a France totally committed to a more sovereign and more strategic European Union.”

European Commission president Ursula von der Leyen also congratulated the re-elected French president as she looks forward to continuing excellent cooperation with the EU.” Together, we will move France and Europe forward,” she said.

Germany’s premier Olaf Scholz also tweeted: “Your constituents also sent a strong commitment to Europe today. I am pleased that we will continue our good cooperation!”

Previous articleCommerce of the Future: Kahlil Ashanti Discusses How Brands Must Differentiate Themselves in the Metaverse
Next article6 Reasons to Use the WhatsApp Business API