Here are 8 new iPhone features to expect once the upgraded models are finally out! 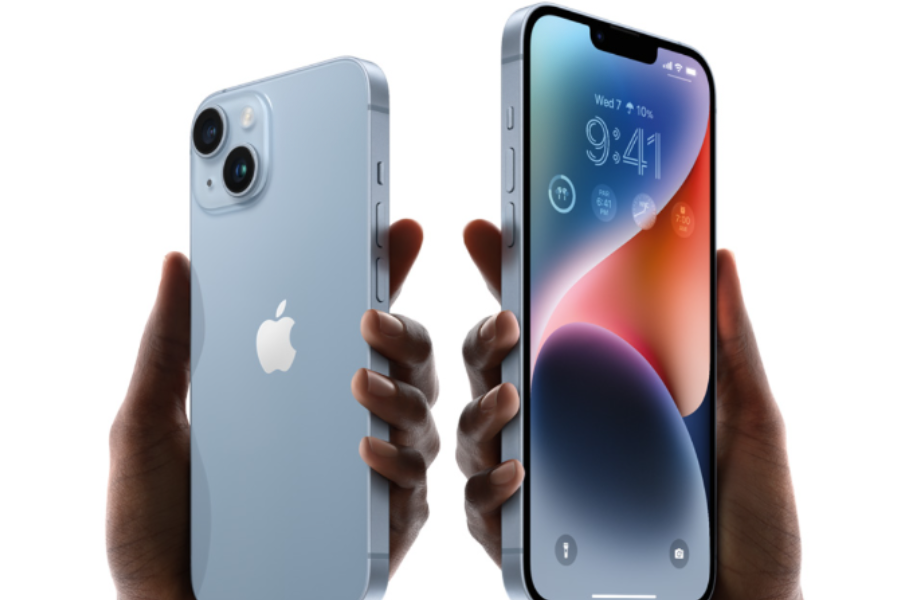 Apple on Wednesday finally announced its highly anticipated iPhone 14 models which will be rolled out this month.

Apple CEO Tim Cook together with the Cupertino-based firm’s top executives and engineers showcased all the unique features of the latest iPhone models during the company’s ‘Far Out’ event streamed live at the Apple Park Campus.

After the announcement, the pre-order date for some models was set on September 9 with iPhones to be released as early as September 16th. Release dates for certain models might occasionally vary, especially when a new design or size is being introduced.

This year some of the most innovative features that had many Apple fans so eager to get the latest iPhone 14 model which will run on the latest iOS 16 platform and will include new features like Crash Detection, the Always On display, and Dynamic Island which gives the company an obvious edge over its competitors in terms of functionalities. It also has an Emergency SOS function which uses satellite technology for sending and receiving SMS whenever a user needs help or rescue.

Now here’s what Apple fans can expect once the US tech giant releases its most popular phone models starting next week.

Let’s start with the obvious upgrade for all iPhone 14 models, especially for both regular 14 and 14 Plus. Both iPhone 14 models feature a new camera system and include a 12 MP main camera with bigger pixels, a faster f/1.5 aperture, and improved sensor-shift optical image stabilization. Other features include for the first time a front-camera autofocus capability for sharper selfie images.

The iPhone Pro and Pro Max feature a 48-megapixel sensor with pixel binning support, allowing for better sensitivity in low light shooting at 12-megapixel. There’s a new 2x telephoto setting and a 48mm mode, plus support for 48 megapixels in ProRaw. Video also gets Action Mode and 24 frame-per-second shooting.

“IPhone 14 Pro introduces a camera system that empowers every user — from the casual user to the professional — to take their best photos and video, and innovative new technologies like the Always-On display and the Dynamic Island, which offers new interactions for notifications and activities,” Apple senior vice-president for worldwide marketing Greg Joswiak added.

For those who love taking videos with their iPhones, there’s also a new advanced stabilization mode. It’s called action mode, and it uses the full sensor to stabilize the video without any extra hardware — no gimbal required.

The iPhone 14 and 14 Plus will still have Apple’s reliable A15 Bionic system chip which is the same system on a chip that you can find in the iPhone 13 lineup.

However, Apple iPhone 14 Pro and Pro Max will sport the powerful A16 Bionic chip. The successor to the A15 Bionic (which can be found in the iPhone 14 and iPhone 14 Plus), A16 packs more transistors of around 16 billion, manufactured on a 4 nm process with components specially designed to accelerate AI and other tasks across smartphone apps and iOS.

Apple’s premium iPhone line redesigned the polarizing notch in favor of a pill-shaped one. Apple has also shifted the front-facing camera notch away from the edge and into the display itself with a design, it calls the ‘dynamic island’, which is meant to let the pill-shaped camera cutout sort of blend into darker elements of the interface and will be interactive depending on the notifications and activities you will be doing.

The Cupertino-based tech giant also says you can expect a 49% improvement in low-light performance with the new display boost. A new Display Engine within it speeds display rendering and the updated image signal processing adds similar boosts in photo quality to the lower-end models.

In the U.S., Apple is dropping the SIM tray. Instead, customers will have to switch to eSIM. Apple said specifically that this is a change for customers in the U.S. International iPhone models should still have a SIM tray. With this eSIM switch, a SIM card is prevented from being popped into a different phone if it’s lost or stolen.

“iPhone 14 also has an updated internal design that improves thermal performance,” VP of iPhone Product Marketing Kaiann Drance said. For instance, you can play games for longer sessions with its improved battery.

The new iPhone 14 and 14 Plus will come out in colors like Midnight, Purple, Starlight, Blue, and Red.

While Apple faces headwinds from rising global inflation and higher production costs, the company kept its prices competitive or almost the same as when previous models were launched. Prices start at $999 for the Pro, and $1,099 for the Pro Max. You can preorder starting Sept. 9 and will be available in stores for release on Sept. 16.

The phone just like other recent iPhone models will still have features like an IP68 dust/water resistant (up to 6m for 30 mins) body.

Also highlighted in the company’s announcements are features like Crash Detection, the Always On Display, and an Emergency SOS function which uses satellite technology for sending and receiving SMS.

Previous articleCan I Sell My House If I’m Behind on Payments in Colorado?
Next articleMonaco property for sale versus stock market investment