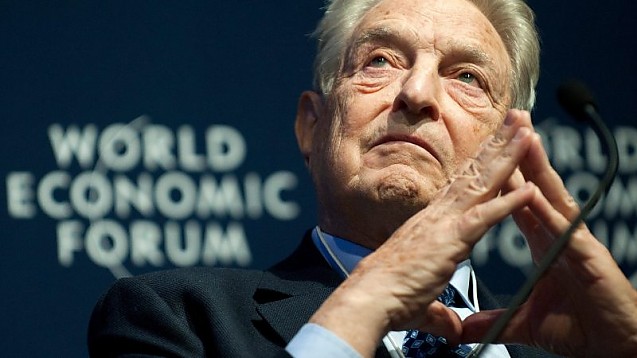 Soros’ sponsored NGOs will invest millions of dollars to bring together all progressive organizations in support of Biden. The initiative aims to stimulate donors and progressive activists who already support the initial $ 2 billion plan plus Joe Biden’s infrastructure.

Also in this direction, a second phase of the plan could provide for a broader focus on areas such as health, the economy or the climate.

The executive director of the Open Society-USA, an NGO founded by George Soros, said that “Every initiative proposed by President Biden has broad public support … A great plan is not won without a real fight until it reaches the face of the American people.” “We have seen that popular reforms have previously been demonized by partisans and special interests, and we will not let that happen,” continued Tom Periello, the executive director.
Also from a progressive donor network, Way to Win, founded in 2016, co-founder Leah Hund-Hendrix said, “We hope that this effort by organizations and donors will give the Biden administration and Congress the assurance that it needs to go as far as possible. possible and as soon as possible ”.
As progressive NGOs gather around the Biden Administration, Republicans challenge every plan of the current president.
Mitch McConell said his party would fight Biden’s plans in their current form every step of the way for Democrats. George Soros’ main foundation, as well as his advocacy group 501 (c) 4, a non-profit organization, have already pledged $ 20 million to activate as many of the grassroots progressive organizations that have taken the lead in opposition to the former president’s agenda (Trump).
Categories:
Uncategorized