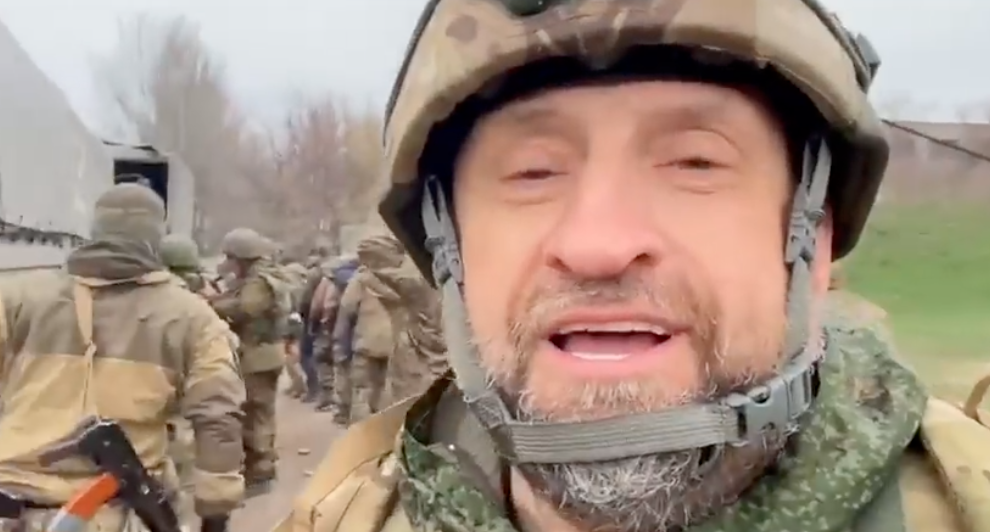 Regardless of what the mainstream media tells you, the reality is that the war in Ukraine was lost from day one.

If you are watching the news, you may live under the impression that the situation on the Eastern front is in Ukraine’s favor, but the reality is that the Russians are winning.

By the way, you are watching the same people telling you that Russia is losing in Ukraine who told you that the Covid vax was safe and effective and all that.

Nothing these people in legacy media are telling you is true. The truth is quite the opposite of the mainstream narrative 99% of the time.

More than 1,000 service members of Ukraine’s 36th Marines Brigade have surrendered in the port city of Mariupol, the Russian Defense Ministry claimed on Wednesday during a daily briefing.

According to a Russian military report, the troops laid down their arms at the Illich Steel and Iron Works, a giant metal mill they were using as a stronghold against Moscow’s forces.

A total of 1,026 service members, including 162 officers, were among the captives, ministry spokesman Major General Igor Konashenkov said. He said 47 of the soldiers were female. Russian medics provided first aid to 151 injured captives before moving them to a local hospital, the official said.

Unlike the Ukrainian army that shoots off the knee caps of war prisoners, the Russians are quite civilized. And probably that’s why NATO must get involved and destroy Russia, because they hate our values, or something along these lines.

Most if not all Twitter accounts reporting the situation on the ground in Ukraine from a Russian perspective were banned.

Because these are our values.

I only manage to find this one still on:

More captured Ukrainian soldiers from yesterday, the estimated amount of total captured soldiers is around 1000 soldiers just in 1 day. pic.twitter.com/3xwUBR7vh3

Maybe all this Russian stuff is faked with crisis actors, who knows? And UAF is winning hard, and they are surrounding Moscow as we speak.

At least that’s my impression after watching American media. You can turn on CNN and see Jake Taper claiming that the Azov battalion has surrounded Moscow, and that the Kremlin is in the process of discussing a Russian surrender.

All jokes aside, check this out:

The end of the war in Ukraine has already begun. You can ban mass surrender footage in Mariupol from Twitter, but Telegram channels are getting spammed with Russian intel and the Ukrainians are definitely seeing it.

This is very bad for morale.

Previous article
Apple moves its manufacturing to India, wants to reduce dependence on China
Next article
The Mercedes has travelled 1,000 km on a single charge. In real traffic, over the Alps

The Ukrainian Operation is Intended to End US World Domination Agenda