Before Crimea, many countries relied on Russian gas to power their homes and businesses. But since Russia has cut off much of their supply, it’s left these nations scrambling to find an alternative.

However, as natural gas becomes more expensive, more countries are looking towards renewable power sources e.g.,solar and wind. This will open doors for players in the power generator market as they look to expand into new business areas.

The gas shortage is affecting many countries, and as of October 2022, it is causing problems in at least eight countries.

Gas pipelines were damaged during the Crimea battle in 2014, preventing gas from flowing into Europe. This fall-out created an immediate supply shortage for Europe.

Remember, Russia had historically supplied about a quarter of all gas used in the EU. The ongoing war has only worsened the crisis.

As a result, some European countries are shifting to coal power plants due to limited natural gas resources. Other countries affected by this shortage include:

Each country is experiencing different levels of severity.

The Far-reaching Demand for Generators

It’s easy to understate the real benefit of generators if you don’t consider these driving factors– all tied to the Kremlin conflict:

That said, here’s how companies are profiting from the current situation.

Responding to increased demand from a wide range of end-users

Generator makers have also benefited from this shortage as many industries turn to them for different power needs. These companies serve a wide range of the sectors, including:

All these users depend heavily on gas-powered engines for their operations. But since the gas supply was interrupted due to sanctions imposed after Crimea, in March 2014, the power generator industry has benefited from a backlog in orders for emergency power plants.

Companies are recording a surge in demand for generators that can provide backup power for homes or commercial buildings.

Generator purchases have gone up, and the same is true for rentals, according to a report by Research & Markets (RM).

Other notable markets include Canada and Japan, expected to increase at 4.6% and 1.7%, respectively, within the same period. Germany will expand at a CAGR of around 2.1% in Europe.

Meanwhile, the Asia-Pacific market will reach US$1.6 billion by 2027, led by nations like Australia, South Korea, and India.

Responding to the demand for more convenience

As the Kremlin maintains its position on the war, consumers continue to look for convenient alternative power sources. This explains the increasing focus on technologies like portable generators.

A portable generator works by driving a gas/diesel engine that rotates an inbuilt alternator to create power. The growing need for a continuous and dependable power supply is driving the demand for such tech.

These products offer numerous benefits, including more user-friendliness and versatility. The worldwide portable generator market will likely reach $2.5 billion by 2024 according to RM.

Brands Responding to the Increased Demand for Alternative Power Sources

As companies respond to the rising demand, they must consider changing market needs. Here are some brands that have benefited from meeting customer demands:

This company is now the sole supplier for a significant power-generating project in Azerbaijan, worth $3 billion.

The UK-based engineering company was awarded a contract by the government of Pakistan to design, manufacture and install generators for Karachi Electric Supply Corporation (KESC).

Kirloskar will supply 1,000 HP engine sets for UPP’s 250 MW grid-connected generator set in Noida and Ghaziabad districts of UP state.

Caterpillar, Inc. is another major generator maker. The company’s stock has risen from $73.00 to $81.85 in the last three months.

Cummins is a diesel engine manufacturer that has seen its stock rise from $92.25 to $94.08 in the last three months.

These are trends that analysts at Credit Suisse Group expect will continue as long as gas prices remain high.

Rolls-Royce Power Systems has been working to perfect generators. Recently, it rolled out mtu engines for construction equipment, industrial applications, agriculture, and excavation of sustainable fuels

The power unit will offer a unique combination of fuel efficiency and power output that can be useful in various applications.

Other Businesses Taking Advantage of the Situation

But generator makers are not the only ones profiting from the status quo. Companies related to generator products are also taking advantage of the situation. Some noteworthy names include the following:

They’ve reported increased sales of these items over the past year, but their stocks have been relatively stagnant due to market volatility.

The Business Research Company predicts a bright future for generator makers despite the crisis.

According to the researcher, the global generator market will thrive at a CAGR of 11.6 percent. This figure represents a growth from $17.67 billion last year to 19.72 billion USD in 2022.

Still, the researcher predicts the generator sector will reach $26.65 billion by 2026.

One serious issue facing countries worldwide is the gas shortages due to the Russia-Ukraine conflict.

As of this writing, the war persists and it’s unclear how long it will last and its ultimate impact on the global economy.

Because energy is a basic need, generator companies are working to meet the demand for alternative energy solutions in different ways. 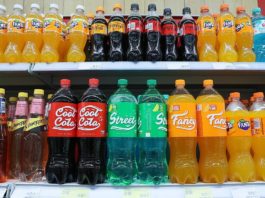 CoolCola, Fancy and Street. The Russian company has launched imitations of... 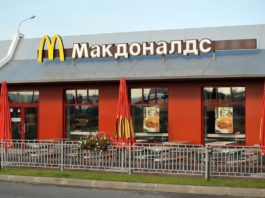 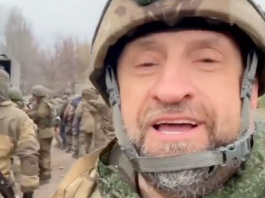 Chris Black - April 13, 2022
ABOUT US
Businessner.com is a fast-growing business website with deep financial, media, tech, automotive, and other industry verticals.
FOLLOW US
© Copyright 2022 - Businessner.com by BIGPOSTING